Dwarkanath Sanzgiri dealt with each phase of Sachin Tendulkar’s life.

Did you know that Sachin Tendulkar quit cricket for a month in his young days? Or that his grandmother asked him to consider his decision to play cricket and try his hand at some indoor games such as Chess or Carrom? If you were at Dwarkanath Sanzgiri’s program titled ‘Only Sachin’ in Mumbai, you would have heard many more interesting and previously unknown anecdotes about the Master.Sanzgiri is a veteran journalist who has known Tendulkar since his young days He shares a good friendship with him and has had numerous memorable interactions.

Sanzgiri dealt with each phase of Tendulkar’s life and described what went into the making of this legend. Here are some of the anecdotes Sanzgiri discussed during his show:

1. As a child, Tendulkar’s father Ramesh, once took him to the zoo, where the youngster pleaded to his father to let him touch the lion’s back. Ultimately, that wish did come true on a tour to Zimbabwe, when he went to a reserve.

2. At a young age, Tendulkar was touted as the next big thing. Cricket Club of India (CCI) even changed their rules so that he could enter the dressing room and play for the club. At the age of 12, he scored his first century in school cricket and was unbeaten on 96 overnight. So nervous was Tendulkar that he went to the temple with his father to seek blessings from the almighty. Though he couldn’t sleep at night, he got in his ton in the first over the next day. Ramakant Achrekar, Tendulkar’s coach had told him, “If you get a century, I will come to your house for a meal.” Sanzgiri said, “Tendulkar’s devotion to God, his father and his sir (Achrekar) was evident from a very young age.

3. Anil Joshi, who handled the Sungrace-Mafatlal team, remembers the corporate company taking care of Tendulkar and Vinod Kambli in their young days. They took them on a scholarship and paid for their kits etc. When Tendulkar did not win the Junior Cricketer of the Year Award, he was so depressed that he refused to play again. They then convinced Sunil Gavaskar to write a letter to Tendulkar to motivate him. Gavaskar did write and said that he too missed out on the award and it didn’t turn out too bad for him.

4. When Tendulkar was picked in the Mumbai team at 14, he travelled with them to Baroda to play a game. All his teammates had gone out in the evening and he was left alone. He was asked where the other were and he said, “They have gone to the temple.” But, the others had gone out to party and didn’t want to share it with an innocent young Tendulkar.

5. At the age of 14, Tendulkar was already a part of the Mumbai Ranji Team and made his debut at 15, scoring a ton on debut. After his maiden season, there was a lot of talk about the possibility of sending him on India’s tour to the West Indies in 1989. Vasu Paranjape, the former Mumbai cricketer and esteemed coach, tried to convince Raj Singh Dungarpur to select him. Dungarpur said, “Use lagegi toh?” (Hindi for: What if he gets hurt?)To which Paranjape replied, “Woh lagne waala batsman nahi, lagaane waalahai.” (Hindi for: He isn’t someone who gets hurt. He is the guy who hits it!)

6. And, over the years, Tendulkar proved Paranjape right as he took on the best bowlers in the scene. Whenever a bowler threw a challenge to him, he went after them with a point to prove. In 1995, at Sharjah, Chaminda Vaas had said that he spotted a weakness in Tendulkar’s technique, whereby he played the drives uppishly and could get caught and bowled. The next day, Tendulkar smashed a ton against Sri Lanka, picking Vaas in particular with an array of straight drives. Andrew Caddick likened him to “any other batsman” before the 2003 World Cup encounter. Tendulkar duly smashed him the next day during his fifty, which included that famous pull shot for a six. Shane Warne and Saqlain Mushtaq, the premier spinners in the late 1990s, were smashed by Tendulkar with disdain.

7. During the Independence Cup final of 1998 at Dhaka, Tendulkar charged at Mushtaq the first ball and smashed him down the ground. He did the same of the next ball. When Sanzgiri asked him why he did that, Tendulkar said, “The first ball he did not expect me to charge so I did. Since I had charged off the first ball, he wouldn’t have imagined I would do it again, so I did.”

8. Tendulkar once made a long trip from Silchar to Agra to play a benefit match for Sunil Valson, a member of the 1983 World Cup winning team. From Silchar, he went to Kolkata and took a flight to Delhi. From there, he travelled by road to Agra, where he played the match early next day. During that game, he was batting with Sandeep Patil and their team needed 80 to win in eight overs. The pair won the game with three overs to spare.

9. After he announced his retirement, Tendulkar called all those who are close to him and have been a part of his journey to personally inform them of his decision. 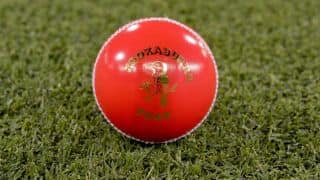