Basil Thampi had short interaction with Sachin Tendulkar during the IPL 2017 final which motivated him further.

Kerala pacer Basil Thampi has become a household name post IPL 2017. He won the Emerging Player of the season this IPL. The pacer, who represented Gujarat Lions (GL) in the tournament, has found a spot in India A. The side will tour South Africa starting next month for an ODI tri-series and two four-day games. Thampi received the call-up on Thursday morning and the 23-year-old terms the selection as “dream come true”. Piyush Chawla, Ankit Bawne, Robin Bist register for TNPL draft; Basil Thampi also in contention

It is a dream come true for me and I am short of words to express how happy I have been since morning. My phone has been buzzing non-stop since morning with my family, friends and relatives calling in to congratulate me and send in their best wishes, said Thampi in an interview with BCCI.

Thampi caught the eye due to his ability to bowl accurate yorkers at the death. He is currently going through fitness test at National Cricket Academy. Thampi, who believes in setting “short-goals” credits IPL for gaining confidence as he was “shy” early on. Basil Thampi is a good prospect and will don national colours, believes Tinu Yohannan

My biggest takeaway from IPL has been the confidence that I have gained. I bowled to some world class hitters of the game and looked to contain them. Also, I learnt a lot in terms of expressing myself – on and off the field, how to react under pressure situations and be a bit more aggressive on the ground, Thampi added.

Thampi had short interaction with Sachin Tendulkar during the IPL final which motivated him further. Basil Thampi: IPL a good platform for young domestic players

Recalling the moment, Thampi said, It was a moment for me to cherish as Sachin-paaji called me and told me that he was following all my matches closely and how he thinks that I would play for the country one day. That conversation has had a lot of impact on me as each day I go into my training, more motivated and energised thinking that I need to live up to the Master s expectations.

Thampi now looks to take ahead the confidence gained from the IPL to South Africa. With the senior team slated to travel to the African nation later this year, Thampi may well live up to Tendulkar’s prophecy if he shines for India A next month. 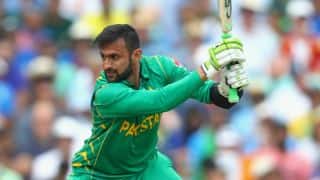 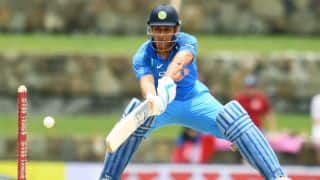