A reliable source close to the committee said that Ajmal had called up the chairman of the committee soon after he learnt they wanted him to play domestic cricket.

“Saeed spoke to Iqbal Qasim and apparently he wants to prepare himself directly for the biomechanics test of the International Cricket Council (ICC) before the World Cup,” the source said.

Ajmal, who has been suspended from bowling in international cricket since September, has been working on remodelling his bowling action to meet the ICC deadline of 15 degrees bend allowed to bowlers while delivering the ball.

“The review committee strongly felt that while Saeed had shown remarkable improvement in his bowling action but since he had remodelled his action to achieve this they have questions over whether he will be as effective as before which is why they want him to play domestic matches this month,” the source explained.

But a lobby within the board is trying to ensure that once Ajmal clears his private test and the ICC test he should be made available for selection in the World Cup squad.

“This lobby knows that once Saeed is cleared by the ICC than there would be pressure on the selectors to pick him in the World Cup regardless whether he has played any domestic matches or not,” the source said.

Ajmal, before he was suspended by the ICC, remained an automatic selection in the Pakistan team for all three formats. The PCB has time until January 7 to submit its final 15-member squad for the World Cup to the ICC. 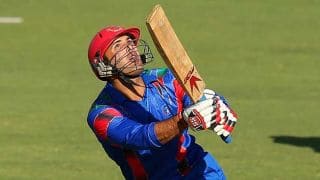 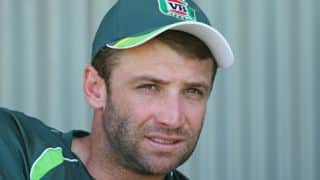