Pakistani opener Sahibzada Farhan, who made his debut in the T20I match against Australia in the Tri-series final on Sunday at the Harare Sports Club was out first ball (stumped) without facing a single "fair" delivery.

Pakistani opener Sahibzada Farhan, who made his debut in the T20 International against Australia in the Zimbabwe Tri-Series final on Sunday at the Harare Sports Club was out first ball (stumped) without facing a single legal delivery. the first ball he faced, from Glenn Maxwell, was a wide; Farhan was stumped off the second. Speaking exclusively to Bipin Dani of Observer BD over phone from Harare, Farhan said: “Yes, initially I became upset but not disappointed now. It is a part of the game and is a learning process. I believe in my skill and hope to perform well in future.”

“There are other Pakistani players like Salman Butt, Saeed Ajmal and Saleem Malik who were out first ball in their Test or ODI debuts,” added Farhan. There have been two other instances of players getting out on T20I debut without facing a ball:

– Ashley Noffke (Australia), against New Zealand at Perth on December 11, 2007

However, both Noffke and Sarkar were run out, which made Farhan the first to get out stumped without facing a ball on debut.

“Sahibzada Farhan may have been upset with this dismissal, but is still a strong-minded player. He will do better in the future,” hoped his mentor and national selector Wajahatullah Wasti in exclusive chat.. 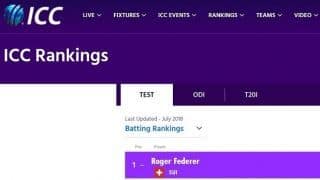 The ICC-Wimbledon repartee over Roger Federer 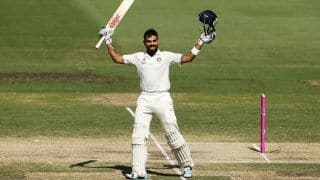 No hundred for Virat Kohli in Australia this time, announces Pat Cummins