The 46-year-old was found after her parents came home from a wedding in Ahmednagar.

The suicide note was found from the bedroom. According to Indian Express, in the note, she said that nobody should be held responsible for her death and that she was “fed up of the problems in her life”.

“In the evening when her parents came home, they were shocked to see their daughter hanging in the bedroom. They later called the Swargate police,” Dipak Nikam, police inspector of the Swargate police station, was quoted as saying by DNA.

“We have sent the body to Sassoon Hospital for autopsy and contacted Ankola,” he further added. 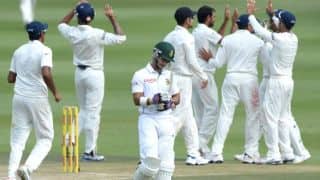 India tour of South Africa 2013: A three-match Test series would have spiced things up