Salman Butt was caught in betting scam in England, 2010 along with Mohammad Asif and Mohammad Aamer.

Over the years Pakistan cricket has seen an upsurge across formats. They achieved the No. 1 ranking in Test for the first time last year, they won the Champions Trophy for the first time in June and have been winning every limited-overs series ever since. They also topped the T20I rankings in November for a short period until New Zealand reclaimed the spot. Most importantly, international cricket returned to Pakistan and they were winners all the way.

And all this success belonged to Pakistan s blend of young and experienced players in the side. Selectors have found settled openers at the top in the form of Azhar Ali, Sami Aslam, Fakhar Zaman, Inam-ul-Haq, Ahmed Shahzad, Kamran Akmal, Khurram Manzoor and Mukhtar Ahmed.

Before the arrival of these youngsters, there was a certain Salman Butt who handled the task as the opener of Pakistan. However, a betting scam in 2010 marred his career, a year when he had just settled across formats and succeeded Shahid Afridi as a captain. After being found guilty, Salman was handed a 10-year ban by ICC from international cricket in 2011.

Until his downfall arrived, Butt was always compared to Saeed Anwar. Those flick and scoop shots were pretty similar to that of Anwar. Salman soared new heights in international cricket in 2004. He first scored an ODI century against India at Eden Gardens and then went on to score a fifty and a maiden Test century in Sydney later in the year. As for Test, he was questioned for his consistency but remained a vital cog in the squad.

Salman, 33, is willing to make return in the Pakistan squad. He has already started playing through domestic matches. However, he is willing to play for his nation, I hope to get an opportunity to play for Pakistan in the last years of my career, Butt told Geo.Tv.

In the National T20 league, Salman along with Kamran Akmal set up a recorded 209 opening wicket partnership in T20 cricket. After shining in the domestic matches, Salman wants to make it count at international level as well, I hope to perform well and eliminate the negative impression people have of me. After serving my sentence I have been consistently performing well. 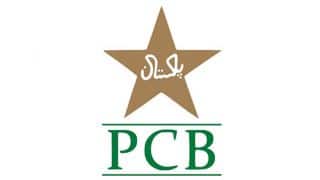 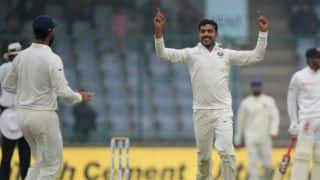