Samit Patel took three wickets after Australia's David Hussey starred with the bat in Nottinghamshire's 87-run win over Glamorgan in English county cricket's 40-over final at Lord's on Saturday. Samit Patel took three wickets after Australia’s David Hussey starred with the bat in Nottinghamshire‘s 87-run win over Glamorgan in English county cricket’s 40-over final at Lord’s on Saturday.

Left-arm spinner Patel, bidding for an England recall ahead of Monday’s squad announcement for the tour of Australia, struck with a return of three for 21 to spark a collapse from which Glamorgan, chasing 245 for victory, never recovered.

Earlier Hussey, dropped on three, made 42 and shared a fifth-wicket stand of 99 with Nottinghamshire captain Chris Read after the Midlands side — whose team featured nine internationals including Broad’s fellow Ashes-winner Graeme Swann — had slumped to 90 for four.

Former England wicketkeeper Read top-scored with a run-a-ball 53 in Nottinghamshire’s total of 244 for eight before he holed out off uncapped Australian medium-pacer Michael Hogan.

Simon Jones took two wickets for 36 runs in his maximum eight overs but there was no fairytale finish to the injury-hit 2005 Ashes winner’s final appearance before the ex-England paceman becomes a Twenty20 specialist.

Afterwards Man of the Match Patel, the sixth and last bowler used by Nottinghamshire, said he wasn’t expecting much work with Test off-spinner Swann back on county duty.

“I just didn’t think I was going to get a bowl today … not with England’s number one spinner in the team,” Patel told Sky Sports.

Glamorgan, who’ve now lost all three of their Lord’s finals, were making steady progress when Patel’s purple patch of three wickets for four runs in nine balls reduced them to 118 for five.

Patel bowled Chris Cooke for 46 with an excellent delivery that spun sharply to hit the top of off-stump before a similar ball accounted for Jim Allenby (34).

Former Zimbabwe batsman Murray Goodwin was then lbw to Patel on the sweep and there was no way back for Glamorgan.

Meanwhile a delighted Read said of Patel: “He was fantastic, to get the mainstays of the batting order. You’ve got to look at the wickets he got, and the way he took them.”

Broad applied the finishing touches, with Dean Cosker caught in the deep and Graham Wagg skying a catch to Read before Michael Hogan was bowled to seal Nottinghamshire’s victory in their first Lord’s final in 24 years.

By contrast, defeat left Glamorgan as the only one of English cricket’s 18 first-class counties yet to win a major domestic Lord’s final in the 50-year history of such matches. 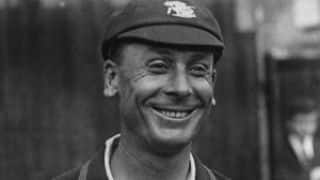 Ashes 1911-12: England beat a raging bushfire and then finish off the Australians