World number one they might be but India are a depleted side right now and West Indies skipper Darren Sammy says this, along with favourable home conditions, gives his team the belief that upstaging the visitors is not that tough a task. 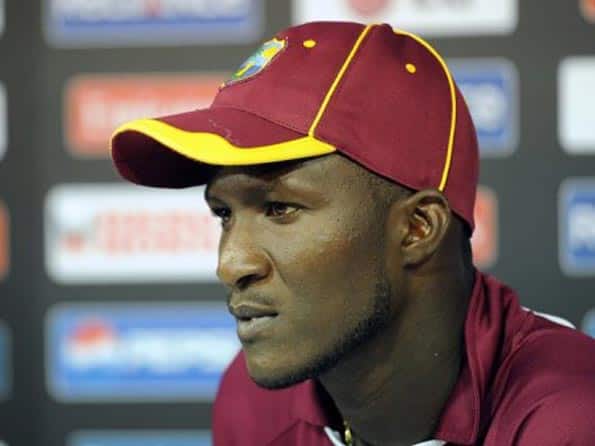 World number one they might be but India are a depleted side right now and West Indies skipper Darren Sammy says this, along with favourable home conditions, gives his team the belief that upstaging the visitors is not that tough a task.

“It’s been the pitch that suits our style…it’s not where the ball would spin past the bat and better firepower (in the bowling) always has the best chance against the Indians,” remarked an assured Sammy ahead of the first Test today.

West Indies have four fast bowlers, including Sammy, at their command though the skipper wasn’t going to tell if Kemar Roach, Ravi Rampaul and Fidel Edwards would all play.

All he would say is that the bouncy pitch should work to his team’s advantage.

“We expect our batsmen to be more confident. They would have much more time and patience is required. When we chased down 250 here (in the last one-day international), we had a game plan. Unlike previous games, the ball wasn’t spinning past the bat. It suited our batsmen and I expect them to be confident,” he said.

“I think our batters prefer their chances against (Indian) bowlers. It is not to underestimate their bowling. It was bouncing in the last one-day game and we managed to restrict them. In Test cricket you need to have lot of runs, wickets and patience. Hopefully we would do it and come out victorious,” he added.

But when it came to fielding, Sammy struck a cautionary note, mindful that his side has been dropping catches by dozens in Tests lately.

“In any cricket, there is a saying that catches win matches. We didn’t do well against Pakistan and as you would’ve noticed, there is a lot more stress on slip-catching, bat-pad catches and those sort of things and the guys looked good,” he said.

Sammy said a total of 300 should be a good enough first innings total on the hard and bouncy Sabina Park pitch.

“Against England here, two years ago, they made 300 in the first innings and lost. Australia made 250 and managed to beat us by 60 runs.

“If we can restrict them to below 300 and take a good lead, it would be good,” he said.

Indeed, West Indies could have an issue in short-listing their 11 for the Test and calls to the radio networks were questioning if Sammy deserved to hold his place in the team.

“The rule, since I played Test cricket, was to understand my role as a stock bowler. Every time I play cricket, I try to fulfill the role which has been passed on to me by my team and do it to the best of my ability.

“Throughout my career, I have bowled with the same pace and more frequently than not, I have managed to do it for the West Indies.

Sammy has picked up 39 wickets from his 13 Tests and bowled his medium-pacers at a good economy rate of 2.82 runs per over. But his batting has been disappointing as only 379 runs have accrued from 22 innings at 17.23 with not a single half century to his credit.

“Playing as an all-rounder, you want to contribute and I haven’t batted that well. It’s a good time to start putting runs on the board.”

Sammy says he sees promise in his young batters, who would bag the first three spots in the line up.

“Barath got a century in his first Test and usually if he is past his 50, he has the mental capability to go on. Young (Darren) Bravo struck form in last one-day game. His Test record is very good,” he said.

“We may be short on experience but the guys are capable to do the job required.”

Sammy believes the critical Jamaican crowd would inspire them to a better performance.

“We have always done well in Jamaica. The crowd here is very critical. If you are not doing well, they would let you know,” he said.

“The guys have it at the back of their mind; there are constant reminders from the crowd. If you are not in good position, the crowd will be on your back.”