"It's a big achievement for me, and again a good challenge for me ahead."

Talking on the same to the CPL official website interviewer, Lamichhane expressed his excitement to play along with the likes of Chris Gayle and Evin Lewis: “I used to follow CPL from the beginning and I’ve been selected for St. Kitts and Nevis Patriots. It’s a big achievement for me, and again a good challenge for me ahead. I hope I’ll make it count, to play with big names, Chris Gayle, Evin Lewis, it will be a good booster for me.”

DD had a rough season, but Lamichhane got to spend two months with the likes of Ricky Ponting and Gautam Gambhir. He did get a chance in the last three games in which he picked up 5 wickets with an impressive economy of 6.83.

“It’s always good playing with some legends, playing with big names. It is a big achievement for me and for Nepal cricketers. I’m just looking forward to keep remaining [at this level]. Playing three matches [at the IPL], it gave me a lot of good confidence and I hope I will continue on the same form,” said Lamichhane.

Nepal gained ODI status last month when they defeated Papua New Guinea in the World Cup Qualifiers 2018. Now Lamichhane is confident of Nepal doing well and gaining Test status soon: “We are growing the game in every part of Nepal. We’ve secured ODI status for four years. We are looking forward to make an impact on the international arena so that we can be in the Test playing nation very soon. We are doing hard work. We are playing Prime Minister’s Cup cricket right now in Nepal so that we can prepare ourselves for some good cricket tournaments, we are playing against MCC as well as the Netherlands.” 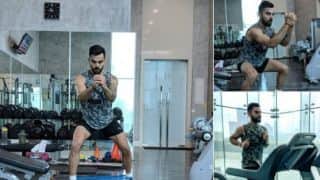