Former Sri Lanka captain and senior batsman Kumar Sangakkara on Monday came out in defence of India's ageing players Sachin Tendulkar and Rahul Dravid contending that age cannot be a criterion for selection. 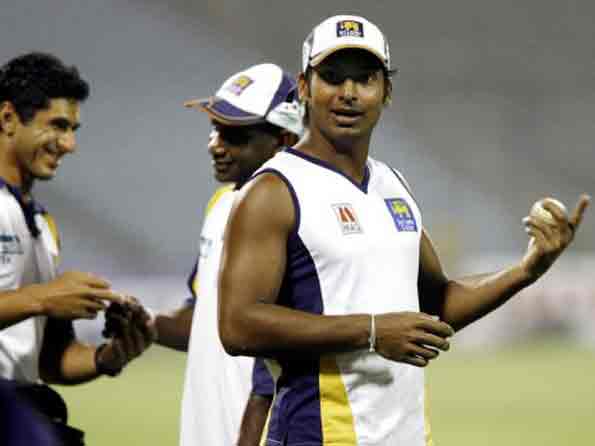 Former Sri Lanka captain and senior batsman Kumar Sangakkara on Monday came out in defence of India’s ageing players Sachin Tendulkar and Rahul Dravid contending that age cannot be a criterion for selection.

Sangakkara, on the eve of their ODI against India here Tuesday, said it will be hard to ever underestimate the influence of Tendulkar and Dravid in the dressing room.

“Sachin and Dravid have been amazing players. They still are. If you take Dravid’s England tour, it was amazing. Three centuries and he carried the whole batting on his shoulders. Sachin is still scoring runs and is a valuable player,” Sangakkara told reporters at the Adelaide Oval.

“Great players are there for a reason. Being able to do what is expected of them. That is why everyone expects everything from people like Sachin. They know they can do it, they have done it before, and everyone knows they can do it again,” he said.

Sangakkara said influence in the dressing room is as important as performance on the field.

“At the end of the day, you weigh up what happens in the dressing room. What influence everyone has in the dressing room is as important as the performance on the field. It’s really a call for India and Dhoni and the selectors but it’s hard to ever underestimate or downplay the abilities of Sachin and Dravid. They have been two of the best ever produced,” he said.

Sangakkara said a player’s should be selected on the basis of their performance and not age.

“If you take record of players, whether it’s younger or older players, whoever has the best technique and adapts quicker always scores runs. You can’t be 20 and not performing and in the side just because you are young,” he said.

Sangakkara feels that age has never been a criterion for selection.

“It’s better to have whoever is performing, be he 25, 30 or even 40, playing. Brad Hogg is a great example. Even at 40, he is bowling better than probably any other spinner in Australia when it comes to Twenty20. At the end of the day, performance is what really counts. All the talk about age comes into play, when you are not performing,” he said. (IANS)