Shoaib Malik was the star in Pakistan-Sri Lanka T20I series.

Shoaib Malik might have won the hearts of many cricket fans at Lahore on Sunday, but he missed out on one. The story ran like this. Pakistan whitewashed Sri Lanka in the three-match T20I series. The rout was completed in a momentous match at Gaddafi Stadium, Lahore, over seven years after Sri Lanka had played their last match. Shoaib was named Man of the Match as well as Man of the Series. He finished with 102 runs with his highest score of 51 coming off in the final game. He was presented with a motorcycle as a present.

His wife Sania Mirza, who could not on attend the World XI tour due to tennis commitments, did not miss out this opportunity. Reportedly, she was present at the stadium to witness the final game. She was duly rewarded with a special knock.

As soon as Shoaib was presented with the motorcycle, Sania was quick to make plans and asked Shoaib for a ride. Shoaib had no problem, either. Unfortunately, there was a little twist in the tale.

Realising he was playing a spoilsport (albeit jokingly), Shadab Khan was quick to clear the air. 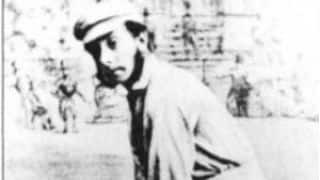