T20 World Cup 2021: Sania was wearing a black outfit and was in the stands with her son. 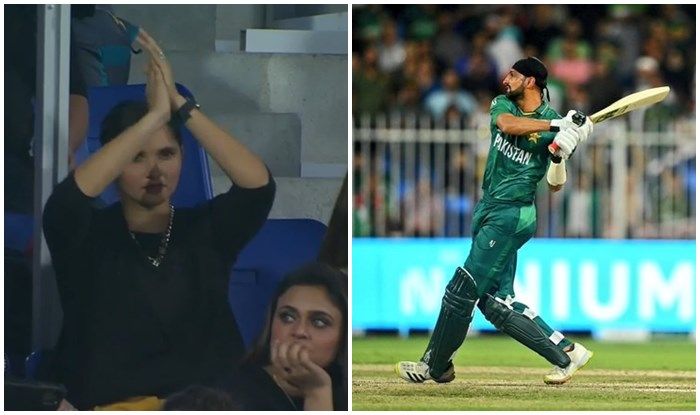 Sharjah: Shoaib Malik was stupendous with the bat on Sunday at Sharjah against Scotland, but it was not the Pakistan all-rounder that stole the show despite bagging the player of the match for his whirlwind 18-ball 54. It was his wife Sania Mirza, who was in the stands cheering for Malik. Sania was wearing a black outfit and was in the stands with her son. It was her reactions that have now become the talk of the town.

This is not the first time Sania has been at a stadium cheering for Shoaib. It is no secret that she is a big fan of her husband and has quite often been spotted at stadiums.

Fans from India and Pakistan have taken to social media and are reacting:

Two Indians who Qualify for semi-final

Thanks to Malik’s breathtaking knock, he was awarded the man of the match.

“If you’re playing on a good track, then you take a couple of balls to get your eye in before you start attacking, but on these tracks, you might take 6-8 balls, assess the conditions, and then start playing your shots. The win is a big thing, you take a lot of confidence going deep into the tournament. For myself, I’m in good form and I want to be more consistent which can help the team, still fit and it’s going to be a big game (Semis) and we are going to give our best shot,” Malik at the post-match presentation. 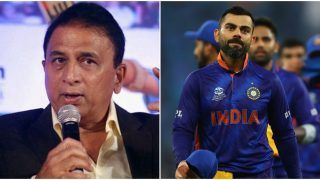