After historic whitewash against New Zealand, Manjrekar sees a lot of similarities between Team India under Virat Kohli and Pakistan under Imran Khan.

After becoming the first country to whitewash New Zealand in a T20I series in their own backyard, Virat Kohli and Co. have achieved the incredible in the recently-concluded series. India choked New Zealand in the fifth and final T20I to complete the 5-0 annihilation of Black Caps on Sunday. Lauding Team India’s effort and skipper Virat Kohli’s leadership qualities, former cricketer Sanjay Manjrekar draws a comparison between Kohli’s India and yesteryears Pakistan side under the reign of Imran Khan.

Manjrekar also showered top praise on ‘Player of the Series’ – KL Rahul for his consistent performance on the NZ tour so far. The former Mumbai batsman called Rahul as the ‘find of the T20 series’.

The cricketer-turned-commentator also showed faith in the young duo of Rishabh Pant and Sanju Samson. He said the next batting brigade of India have the skill and the power game but just need to insert the little nuances of Virat’s batting ‘smarts'(mind) into their game.

Find of the T20 series in NZ for me is the ‘batsman keeper’ K L Rahul. Absolutely brilliant!

Samson & Pant… the next batting brigade of India obviously have the skill & the power game they just need to infuse a small dose of Virat’s batting ‘smarts'( mind) into their game.

With the convincing win over New Zealand in the five-match rubber, the 31-year-old Kohli surpassed South Africa skipper Faf du Plessis to attain the most number of series win in the shorter format. After 15 T20I series, Kohli has 10 series wins under his belt while du Plessis’ tally stands at 9.

Speaking after the series win on Sunday, Kohli said he wants his players to be the ‘best version of themselves’ in order to dominate world cricket in the coming years. “We need everyone to be the best versions of themselves. It is all about laying the vision in front of the boys, the way you think, prepare. The guys are taking notice of it and they realise that the team needs 120 per cent from them every time,” Kohli said.

“Because only then you will find ways to win. That has been a massive change for us in the last two-three years. We have seen the results; we obviously won’t win everything and these victories give a lot more pleasure than the one-sided victories.” ‘Concussed’ Will Pucovski Ruled Out of England Matches 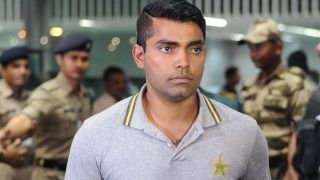 ‘Where is the fat?’ – Pakistan Cricketer Umar Akmal in Trouble After Exposing Himself During Fitness Test