Chawla was accused of acting as the link between former South Africa captain Hansie Cronje and the bookies when the infamous scandal broke out in the year 2000. Sanjeev Chawla, a British National accused of his involvement in the 2000 match-fixing scandal has been extradited from UK and has being brought to New Delhi on Thursday. Chawla was a bookie, accused of acting as the link between former South Africa captain Hansie Cronje and other bookies when the infamous scandal broke out in the year 2000.

Chawla, 50, has been handed over to Delhi Police and is expected to undergo a required medical examination. He will then be taken to Delhi’s Tihar jail and be in custody in accordance with the Indian government’s assurances to the UK courts.

Reports suggest that the flight carrying Chawla landed in Delhi landed an hour before its scheduled arrival time. As per the documents, Chawla is a New Delhi-born businessman who switched countries and moved to the UK on a business visa in 1996. After his Indian passport was revoked in 2000, he received a local passport five years later.

Earlier it was reported that Scotland Yard officers were preparing to hand over bookie Sanjeev Chawla to Delhi Police to face match-fixing charges in India. Those in the know of things suggest that the case’s final paperwork had been finalised for the handover to take place at England’s Heathrow Airport. 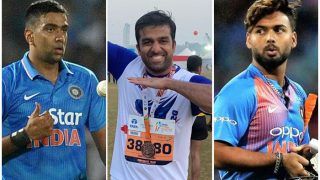 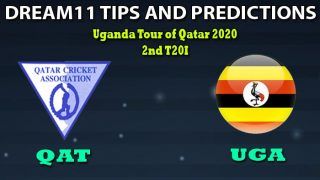