ATK's another co-owner Sanjiv Goenka said Ganguly was very much part of the defending champions'.

Kolkata: Former India captain Sourav Ganguly becoming the Cricket Association of Bengal (CAB) boss does not mean the Atletico de Kolkata co-owner will be out of action from the Indian Super League (ISL) football beginning October 3. Dismissing suggestions that the iconic cricketer was off action in the build-up to the second season, ATK’s another co-owner Sanjiv Goenka said Ganguly was very much part of the defending champions’ core think tank. “What makes you say that his role is little less than last year? Of course, he’s very much part of the ATK. It’s exactly the same,” Goenka said during team’s first official media interaction ahead of season two. Sourav Ganguly: Confident I’ll be up to it as CAB President

Ganguly, on Thursday, was appointed as the next CAB president after the demise of Jagmohan Dalmiya and there had been speculation whether the former India captain would be able to give time to his football franchise. “Don’t judge by seeing the first three months of the preseason. Sourav played an important role, he continues to play an important role and will play an important role in the next season,” he said of Ganguly who played a key role from accompanying the team to giving pep talks last season.

Ending uncertainty over the practice ground issue, Goenka said they would make use of Mohun Bagan ground before flying to Chennai for ISL opener on October 3, while their home venue Vivekananda Yuva Bharati Krirangan would be available from October 8. “I don’t know from where the issues about the ground and all have come. There’s going to be practice from today onwards at Mohun Bagan and from October 8, we’ll get Salt Lake Stadium,” he said.

All the franchisees in the ISL are incurring losses but Goenka said they invested despite being aware of what’s in store for them. “We went in with our eyes and ears open. This is something we knew before that we may not have profit for the first few seasons. Whether it’s going to be three, four or five (seasons) we can’t precisely say. We’re in it for the long run.” ATK’s merchandise will be available this time and the sale will start from October 3, while the tickets — in the denominations of Rs 100, 200, 250, 400, 1250 and 5000 for VIP boxes — for the home matches will be available from October 8. 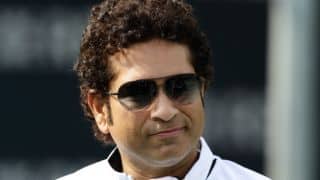