In the Indian Premier League (IPL) 2014 game played between Royal Challengers Bangalore and Rajasthan Royals, Rajasthan lost their way after a steady start. Both openers, Ajinkya Rahane and Karun Nair made a steady start  but they lost their way once Rahane got out. Shane Watson, the skipper tried to cut Yuvraj Singh the man of the moment but got cleaned up to the one that went on with the arm. He was followed by Stuart Binny getting out to Yuzvendta Chahal, the leg-spinner to the one that skidded off the surface.

Karun and Sanju Samson have a tough job on their hands. Samson lofted one fine shot down the ground for a six and then he used the depth of the crease to essay fine cut shot off Yuvraj. But they need a lot more boundaries to keep themselves in the game, as they are chasing a monstrous target set by Bangalore.  Unfortunately, Samson got out to Yuvraj as well. He was out to a soft dismissal caught and bowled by the bowler.

Earlier, Rajasthan made a steady start while chasing a monstrous target of 191 runs.  Both Ajinkya Rahane and his partner, Karun Nair played some fine shots.  For Bangalore,  Albie Morkel and Mitchell Starc bowled decent lines and lengths. Starc used the left-armer’s angle well. Ashok Dinda came in as the first change bowler. 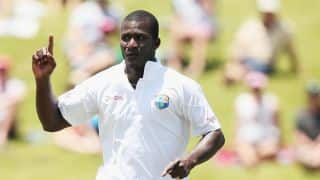 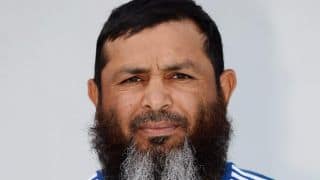