Tinu Yohannan became Kerala's first ever cricketer to play a Test match in 2001.

Tinu Yohannan, a medium pacer who became Kerala’s first Test cricketer in 2001, said that he had expected Sanju Samson to find a place in the India squad. Yohannan felt that Samson was a huge talent when he saw him make a half-century in a Ranji Trophy match.

” I had heard about this prodigy who had come from Delhi. But when I saw him bat with perfect timing and clearing the boundary effortlessly, I knew that he was no ordinary batsman.”, Yohannan was quoted as saying by The Hindu. 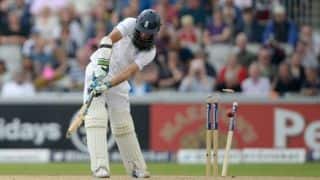