Saqlain Mushtaq is credited for inventing the delivery and will be helping Ajmal correct his action.

Retired spin king Saqlain Mushtaq on Monday defended the controversial “doosra” delivery he invented, which has come under renewed scrutiny since fellow Pakistani Saaed Ajmal’s chucking ban last week. The doosra, which means “the second one” in Urdu, turns from legside to offside — the opposite direction to orthodox off breaks.

It is bowled from the back of the hand with a lot of top-spin, though the bowler’s wrist still moves in a clockwise direction, making it difficult for a batsman to pick. Saqlain is credited with its invention, adding to a list of Pakistani innovations in cricket including the batsman’s reverse-sweep and reverse swing bowling.

But the delivery has come to be regarded with deep suspicion by many, particularly in Australia and England, where critics charge that doosra bowlers bend their arm beyond the permissible 15 degree limit. Saqlain, who took 208 Test and 288 one-day wickets, told AFP from London the naysayers were wrong.

“Who says doosra is illegal?” he asked. “It can easily delivered within the allowed rules. It is not an easy delivery to bowl but if a bowler becomes expert he doesn’t transgress limits. You need to have strong muscles to bowl a doosra, then fitness matters, also grip, rhythm and follow through. If just one of these things is missing then you get out of limits,” he added.

I got very excited when the ball turned the other way. I tried and tried and perfected it and when I used to go to play club matches I would baffle the batsmen with doosra, and on winning the matches I was rewarded with sumptuous lunches and dinners. And from there I broke into the Pakistan team.

“I got very excited when the ball turned the other way. I tried and tried and perfected it and when I used to go to play club matches I would baffle the batsmen with doosra, and on winning the matches I was rewarded with sumptuous lunches and dinners. And from there I broke into the Pakistan team.”

Saqlain will arrive in Lahore next week to start remedial work on Ajmal’s action, reported during the Galle Test against Sri Lanka last month. The ban was imposed by the International Cricket Council (ICC).

Ajmal’s action was then assessed in a bio-mechanics lab in Brisbane, Australia which revealed he flexes his elbow up to 43 degrees for his off-spinner and 42 for his doosra. Saqlain said he hoped to alter Ajmal’s action, though some believe Ajmal may be too old to change his ways at 36.

“I am quite hopeful of helping him. I am not making any guarantees but will see his reports and footage and then try my best.” Ajmal, for his part, told reporters Monday he was focused on his comeback as he began his remedial programme.

“I am sitting in front of you without any tension, whatever happened was disappointing but I am focused on staging a strong comeback,” he said.

Pakistan have considered off-spinners Atif Maqbool and Adnan Rasool to replace Ajmal in the short-term. Both are prolific performers at domestic level — but both have suspect actions. 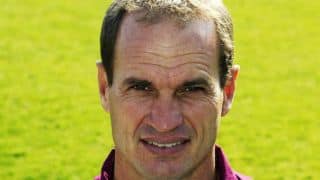 Kepler Wessels: A fascinating journey over every possible obstacle 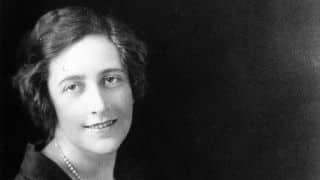