England batsman Gary Ballance won the ICC Emerging Player of the Year award, the cricket governing body informed. Ballance, who made his Test debut in the final Ashes Test of 2013-14 series in Sydney in January, has so far played eight Tests for England and has had a terrific debut. 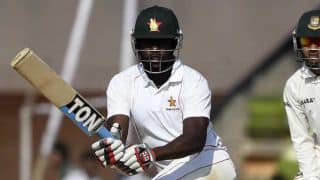 Bangladesh vs Zimbabwe, 3rd Test at Chittagong, Day 3: Elton Chigumbura and Regis Chakabva's fifties take Zimbabwe to 330 for 6 at tea