According to reports, Pakistan's Champions Trophy-winning captain Sarfaraz will be relegated from Category A to C.

Senior players including former captain Sarfaraz Ahmed, Wahab Riaz and Mohammad Aamir will either be dropped or demoted in the new central contracts to be given by the Pakistan Cricket Board on Wednesday. If the reports are to be believed the Pakistan Cricket Board (PCB) is not at all happy with the performance of former skipper Sarfaraz and all set to demote him from the new central contracts list. Under Sarfaraz, the Pakistan cricket team failed to produce decent results following their 2017 ICC Champions Trophy triumph.

Pakistan won five games in the 2019 ICC World Cup, eventually crashing out of the tournament. Overall, they won 38 out of 75 internationals and lost 34 during the period. According to reports, Pakistan’s Champions Trophy-winning captain will be relegated from Category A to C. Meanwhile, the cricket board has also decided against reducing the central contract recipients.

A source in the PCB told PTI that head coach-cum-chief selector Misbah-ul-Haq and chief executive officer Wasim Khan had sent the final list of contracted players to the chairman Ehsan Mani for approval.

“Wasim and Misbah met today and finalised the list and have submitted it to the chairman,” the source said.

Wasim has said that the board is announcing the new central contracts early this year to end any insecurity among players created by the ongoing coronavirus pandemic.

He said the board wanted the players to feel comfortable and know they will not be hurt financially by the ongoing global economic crisis. Normally the board issues the new contracts in July.

The source confirmed that new players such as Naseem Shah, Abid Ali, and Mohammad Hasnain will be given the new contracts in place of Wahab, Aamir, Fakhar Zaman and few others like Usman Shinwari and Hasan Ali.

“The idea is to encourage and reward the new players who have done well for Pakistan and to keep some senior players without contracts as they are not willing to play test cricket,” the source said. 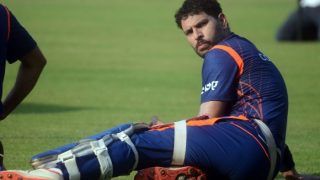 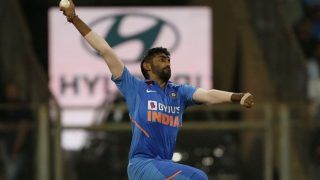