Meanwhile, Pakistan's new T20 captain Babar Azam and leg-spinner, Yasir Shah are the two other players in category A of the contracts. The Pakistan Cricket Board (PCB) on Sunday cleared that air stating that ousted captain Sarfaraz Ahmed will remain in category A of the central contracts given to players since he is still available for selection in all three formats.

A PCB official rubbished rumours that Sarfaraz was being demoted to a lower category. He said Sarfaraz will retain his central contracts which run till July next year.

“There will be no change in his central contract as he is available for selection in all three formats,” the spokesperson said.

Meanwhile, Pakistan’s new T20 captain Babar Azam and leg-spinner, Yasir Shah are the two other players in category A of the contracts.

The PCB has also tendered an apology to Sarfaraz for the gaffe that it had committed just at the time it was announced that Sarfaraz had been removed as captain from all three formats.

The digital media team of the PCB had uploaded a short video on its official page in which players can be seen waving farewell to Sarfaraz. The board official said it was a planned video which was part of its build-up to the World T20 but unfortunately at the same time the news about the change in captaincy also came.

The video which was released on the same day when Sarfaraz was sacked as captain did upset many cricket followers especially the supporters of Sarfaraz, who took it as an insult to the former skipper. 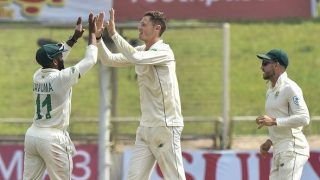 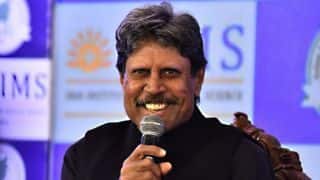 I was scared and happy when made captain at 23, recalls Kapil Dev