The Uttar Pradesh-born cricketer now has amassed 605 runs in Ranji Trophy without being dismissed. 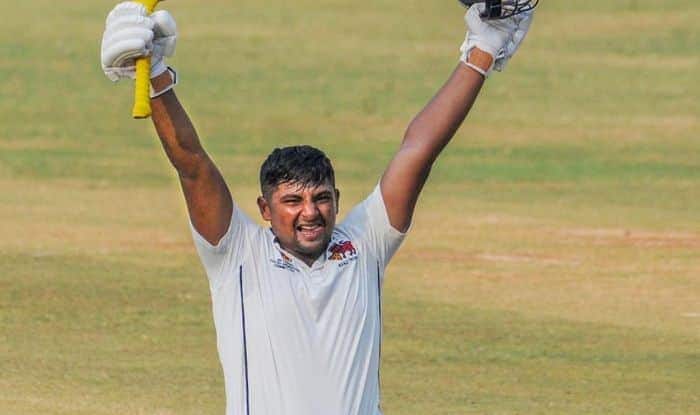 22-year-old Sarfaraz Khan has had a dream run over the last fortnight where he has not put a foot wrong. The Uttar Pradesh-born cricketer now has amassed 605 runs in Ranji Trophy without being dismissed.

His dream run started when he smashed his maiden triple ton (301* off 391 balls) against Uttar Pradesh in the Quarter Finals to keep Mumbai’s hopes alive.

The pint-sized right-hander then smashed a quick-fire double ton in the very next match against Himachal Pradesh. He scored 226* in the 75 overs of the play that was possible on the first day of the match against Saurashtra at Rajkot.

On Tuesday, with 527 runs without being dismissed, he added 78 runs more to his unbeaten streak before getting out. That made it 605, which made him join a list of elite cricketers which features former India international VVS Laxman, Vijay Merchant and Vijay Dharmani.

KC Ibrahim from India is on top of the list. He scored 709 runs before being dismissed in 1947-48. He is followed by former English cricketer Graeme Hick, who amassed 645 runs in 1990.

Five of the seven players to score 600+ first-class runs between two dismissals are from India only.

England’s Patsy Hendren was the first to join the list with 630 runs across three innings in 1929/30. Vijay Merchant broke that record scoring 634 runs in 1941/42 across three knocks.

Merchant’ record stood about six years before Ibrahim climbed a mountain. Graeme Hick came close during the 1990 season where he scored 709 during his five successive fifty-plus scores. 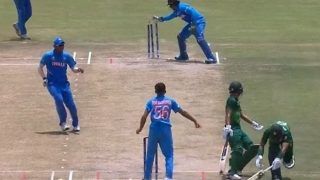