Pakistan skipper Sarfraz Ahmed is having his time under the sun. He has established himself as the vital cog across formats and is named the captain.

Pakistan skipper Sarfraz Ahmed is having his time under the sun. He has established himself as the vital cog across formats, and is named the captain. Just over 2 months back, Pakistan managed to hold on to a spot to enter the Champions Trophy as the last-ranked side and went on to clinch the title. Former captain Misbah-ul-Haq termed the gutsy gloveman as ‘oxygen for the team’. After a good run in recent times, the Pakistani cricketer is now playing for Yorkshire, and his role also extends in encouraging the Asian players to take up the sport and vie a spot in the Yorkshire camp. In an interview with PakPassion.net, Sarfraz spoke about Pakistan cricket, his experience at Yorkshire and also the raging topic in Pakistan’s ‘Umar Akmal’. ALSO READ: Umar blames PCB of fake fitness tests to drop him from CT squad

“It’s been a fantastic experience playing for a very famous county team like Yorkshire. The region has a huge Asian population and it’s been very heartening to see first-hand young cricketers taking a lot of interest in playing cricket and also coming to watch some of the matches I have taken part in.The Asian cricketers in Yorkshire have a great opportunity to do well in local cricket and then perhaps get the chance to come to Yorkshire County Cricket club and impress here as well and who knows where that could lead to. I would encourage Asian cricketers of all ages, girls and boys to play cricket, enjoy the game and try and make it to playing First-Class cricket for Yorkshire.”

Sarfraz fondly recalled the Champions Trophy triumph earlier this year. Squaring off against India in the finale at The Oval, only a handful gave Pakistan a chance of doing the unthinkable. They beat the odds. They beat India to lift their maiden Champions Trophy. Sarfraz feels the win was ‘much needed’ and now they can think of the World Cup 2019 as a possibility. He also mentioned that it’s important for Pakistan to move over this and prepare for the further road.

“The Champions Trophy win was magnificent and the response from cricket lovers around the world has been brilliant,” he reflected. “The win has been a huge confidence boost for myself, my team mates and I think it has lifted the morale of Pakistani cricket fans wherever they are. It came at a time when it was much-needed for Pakistan cricket.However, we need to move on. The Champions Trophy is now history and we must look forward rather than look back. Let’s not be complacent, let’s not think just because we won the Champions Trophy we are the finished article; rather, let’s look at what we can improve upon and build on this success.We have a number of young players who showed their potential at the Champions Trophy and if they can carry on improving, they can make our team even better and a stronger force.

“We have a lot of hard work to do ahead of us and we should not get complacent just because we have won one ICC tournament. We need to look at the journey ahead and look at the upcoming series as well as build and plan for the 2019 World Cup where I believe we can do really well if we carry on improving,” he added.

The Umar-Mickey Arthur tiff did no good to the former’s chances of making a comeback. Several pundits have written Umar off from Pakistan cricket, but Sarfrraz backed the talented cricketer and went to an extent of calling him an asset.

“As professional cricketers, we have a platform and a chance to show our skills to the world,” he said. “It’s the same for all of us, myself and anybody else and Umar Akmal is no different. I hope he works hard, I hope he improves his fitness and I really hope he makes a comeback to the Pakistan team once again as when on song, he is an asset for the team,” he added. 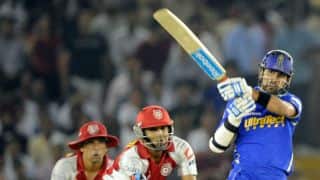 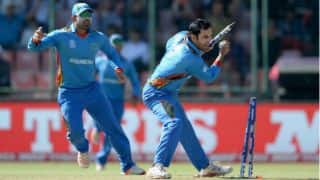