Pakistan vs West Indies: Sarfraz Ahmed has revealed that his main objective is to help Pakistan qualify for the 2019 Cricket World Cup.

Karachi: Newly-appointed Pakistan ODI skipper Sarfraz Ahmed has revealed that his main objective is to help the national side qualify for the 2019 Cricket World Cup without having to go through the qualification stage. Coming to the World Cup, the scenario ahead of us is definitely quite enormous given the time left for the cut-off date. Our prime objective will be to perform exceptionally in the coming [West Indies] series comprising three ODIs. In other words, we cannot afford to slip up, the Dawn quoted Sarfraz as saying. Pakistan is presently in a serious danger of failing to qualify directly for the ICC’s pinnacle 50-over tournament in the United Kingdom as they are sitting in eighth position on 89 points – two behind Bangladesh and two ahead of the West Indies. FULL CRICKET SCORECARD: Pakistan vs West Indies, 1st T20I at Port of Spain

Host England and the seven highest-ranked sides on the ICC ODI Team Rankings as on September 30 will qualify directly for the event proper to be held from May 30, 2019 to July 15, 2019. The four bottom-ranked sides will be joined by six teams from the ICC World Cricket League in the 10-team ICC Cricket World Cup Qualifier 2018 and the top two sides will complete the 10-team World Cup line-up.

Sarfraz, who has already been leading the T20 side since 2016, took over the reins as ODI skipper after Azhar Ali stepped down from the post following the side s humiliating 4-1 defeat in Australia in January. The 39-year-old was also elevated as the Test vice-captain to aging captain Misbah-ul-Haq for the upcoming West Indies tour. PCB wants Misbah-ul-Haq to retire following West Indies tour

Thanking the Pakistan Cricket Board (PCB) for the trust that they had shown in him, Sarfraz said that he would approach the challenge of leading the national one-day side with self-belief. Leading one s country is not just a great honour but a privilege as well. I am indebted to the PCB hierarchy for the trust they have in my ability [as a leader], Sarfraz said.

The team culture is an important tool for success and as captain my desire always has been to create an atmosphere of harmony at all levels. I ll make sure that collectively we not just all enjoy each other s company but successes as well as, and in difficult times ready to back the guys, he added. Underlining the importance of the big challenge Pakistan now have to face, the wicketkeeper-batsman suggested that his side need to change their style of play and have to become even more aggressive.

Although we need to keep things simple and stick to the basics, at the same time, we must change our style of play and be more aggressive than we have been. These days even totals of 300 are not safe judging by the rate of scoring and rules of play. T20 has obviously revolutionized ODI cricket. Unless we follow the modernised form, Pakistan will be generally found lagging behind, he added. Pakistan are slated to play three-match ODI series against West Indies beginning April 7 in Guyana. 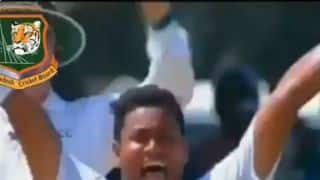 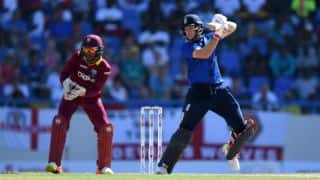