"Inzi (Inzamum-ul-Haq) bhai is right that the more you play the longer format of cricket, the more you improve your fitness" - Sarfraz Ahmed.

Pakistan skipper Sarfraz Ahmed has backed national chief selector Inzamam-ul-Haq‘s idea that all the players should participate more in one-day and red ball cricket matches, even if it is in the domestic arena. After Pakistan slumped to a 0-5 defeat at the hands of New Zealand in the recently-held ODI series, Inzamam had said that while the changes in the team are necessary, there is also a need to play more of one-day cricket at both domestic and international level.

Inzamam, who is a veteran of 120 Tests and 378 ODIs, had further emphasized that besides raising the number of domestic matches, the top national cricketers should also engage in more of first-class matches if they want to see any improvement at domestic level. Backing the suggestion of the Pakistan Cricket Board’s (PCB) chief selector, Sarfraz admitted that playing in the shortest format of the game, T20s, doesn’t help in developing fitness to play in a 50-over or Test match.

“When you play the shortest formats for a long period, then you don’t necessarily have the fitness to play in a 50-over or Test match. You also train according to the format you’re playing more. So Inzi bhai is right,” the Express Tribune quoted Sarfraz, as saying.

Insisting that T20s don’t provide the players with time to focus on fitness due to the reduced gaps between matches, the skipper said that Inzamam was right that the cricketers should engage more in the longer formats if they want to improve their fitness.

“The shorter format gives you less time to train, but when you’re playing in the long format, you develop a more concrete fitness regime. Inzi bhai is right that the more you play the longer format of cricket, the more you improve your fitness,” he explained.

After the ODIs, Pakistan T20 outfit, however, managed to click as they went on to clinch a three-match series against New Zealand 2-1. 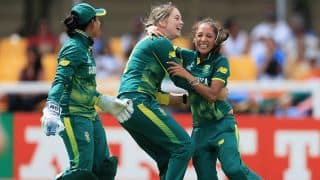