The Saudi Cricket Centre (SCC) has been an affiliate Member of the ICC since the year 2003.

Saudi Arabia was today unanimously elected as the International Cricket Council’s (ICC) 39th Associate Member. The announcement was made during the ICC’s Full Council meeting in Edinburgh on Thursday. The Saudi Cricket Centre (SCC) has been an affiliate Member of the ICC since the year 2003. It had recently signed a three-year deal with MoneyGram, which is also one of ICC’s partners. The SCC conducted a domestic tournament from this sponsorship which saw 1,800 players from 106 clubs participate in it as well. SCC’s application for Associate Membership was earlier approved by the ICC Development Committee in October 2015, and it was then followed by a full application and also an inspection by the ICC in the month of March 2016. ALSO READ: ICC World T20 2018 may witness ‘Super 12’

While congratulating Saudi Arabia, ICC Chairman Shashank Manohar said: “I congratulate Saudi Cricket Centre on becoming an Associate Member of the ICC and hope it will continue to play its positive and active role in promoting and developing the game in its territory,” as quoted by icc-cricket.com. ALSO READ: ICC steps in to solve racism issues between Namibia and Afghanistan

Meanwhile, delegates from over 50 ICC Members were expected to attend the ICC Annual Conference week which is taking place in Edinburgh. Many important decisions will be taken after the Annual Conference ends. There are a number of agendas that will be addressed by the the member countries. The future of One-Day cricket is one of them. Euro 2016, Portugal vs Poland, Live Streaming, Quarter-final at Marseille: Watch Live telecast of POR vs POL on Sony SIX at 00.30 AM in India 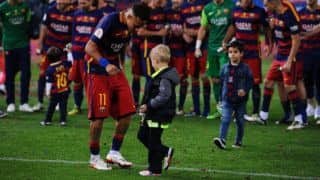