Dream11 Team Prediction Saurashtra vs Karnataka Ranji Trophy 2019-20 – Cricket Tips For Today’s Round 5 Match SAU vs KAR Elite Group A and B Ranji Trophy 2019-20: In the round 5 match in Elite Group A and B of Ranji Trophy 2019-20, Saurashtra will take on domestic heavyweights Karnataka in a highly-anticipated clash at their own backyard in Saurashtra Cricket Association Stadium, Rajkot on Saturday. Coming back after enjoying a decent break, Saurashtra will have to be at their very best if they want to challenge the in-form Karnataka team. After winning the first two matches in the premier domestic tournament, Saurashtra were stunned by Uttar Pradesh as they lost by an innings. Placed at the fifth spot with 13 points in three matches, Saurashtra boast off a solid NRR and will be looking to return to the winning ways in the upcoming encounter.

Karnataka, on the other hand, are on a trophy-winning spree this season as far as domestic competitions are concerned. Sitting comfortably at the second spot behind table-toppers Punjab, Karnataka will once again start as the favourites. With two wins and two draws under their belt, Karun Nair and Co. are yet to taste defeat in the competition. Karnataka though will miss their regular skipper Nair who is unavailable due to his marriage. Shreyas Gopal has been named the captain in his absence.

TOSS – The toss between Saurashtra and Karnataka will take place at 9 AM (IST). 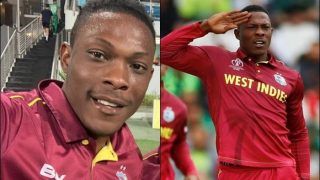 Sheldon Cottrell Creates Record, Becomes First no. 11 Batsman to Hit a Six to Win The Match Against Ireland | WATCH VIDEO 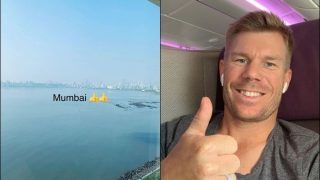