The Supreme Court bench of Justices SA Bobde and AM Sapre, expected to hear a BCCI matter on Thursday, has adjourned the hearing for May 2.

The Supreme Court bench of Justices SA Bobde and AM Sapre, expected to hear the Board of Control for Cricket in India (BCCI) matter on Thursday, has adjourned the hearing for May 2.

With numerous interim applications pending before the apex court, amicus curiae PS Narasimha met officials from the state cricket bodies along with the three Committee of Administrators (CoA) members on Wednesday to discuss the objections of the state associations to certain proposals of the Lodha panel.

The amicus curiae had told the state associations that they will have to register their constitution in toto with the proposals of the Lodha Panel to get their grant.

Speaking to IANS, a senior state official had said on Wednesday that the meeting with Narasimha was aimed to ensure that the genuine issues faced by the state associations were paid heed to and a solution was reached.

“Today the amicus met a number of state associations along with the CoA to try and arrive at a solution to the applications filed by the associations in the Supreme Court. It was felt that over a period of time, the CoA had gathered a lot of acrimony vis-a-vis the state cricket associations and that had resulted in not only a deadlock, but also the inclusion of certain restrictions with regard to administration of cricket,” the official had said.

While the amicus looked at the basic areas that needed amendment, the more serious issues will be addressed by the court, including those which affect the fundamental rights guaranteed under the Constitution of India. 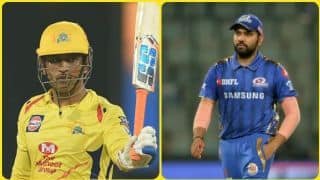