The SC also barred all courts in the country, including the high courts, from entertaining any plea relating to the BCCI and its state affiliates.

New Delhi: The Supreme Court on Thursday asked PS Narasimha, amicus curiae in BCCI matters, to also act as mediator for the state associations of the Board of Control for Cricket in India (BCCI). The Bench of Justices SA Bobde and AM Sapre has asked Narasimha to hear the state associations’ concerns and suggest the way forward to the Committee of Administrators (CoA).

Speaking to IANS, a senior BCCI official said the move has come as a huge relief for the state associations, which now have the option of getting their issues heard. It will also bring to an end the generic affidavits being filed by the CEO in violation of the newly registered constitution, he added. (ALSO READ: Spoke to CoA, no conflict of interest: Sourav Ganguly on joining Delhi Capitals)

“This is a huge relief for several associations, which were shocked and disappointed at the generic affidavits being filed by the CEO in violation of the constitution finalised by the Supreme Court. These were actually bordering on contempt since as per the constitution finalised by the court, it is only the acting secretary who could have filed an affidavit on behalf of the BCCI,” the official said.

The SC also barred all courts in the country, including the high courts, from entertaining any plea relating to the BCCI and its state affiliates, that it is hearing.

“The restriction on the flow of associations’ own funds had all but brought the development of the game of cricket at the grassroots level to a standstill and this empathetic view will potentially bring an end to this unfortunate stalemate. The member associations have full faith in the new amicus and for us, his non-partisan approach is a breath of fresh air,” he smiled. (ALSO READ: BCCI will speak to IPL teams on workload at right time: CoA chief Vinod Rai)

At the previous hearing, the Bench had appointed Justice (retired) DK Jain the ombudsman of the BCCI and Lt. Gen. Ravi Thodge the third member of the CoA. 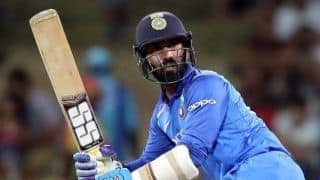 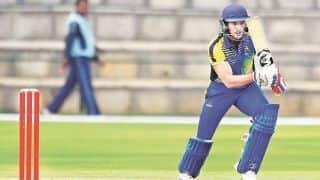