Supreme Court asked state cricket bodies and BCCI office-bearers to give their suggestions with regard to the draft constitution to the amicus curiae before May 11, the next date of hearing.

The Supreme Court today asked state cricket associations and BCCI  office-bearers to give their suggestions on the draft constitution for the apex cricket body, to be approved by it. A bench headed by Chief Justice Dipak Misra also disposed of a contempt petition filed by Cricket Association of Bihar against the Board of Control for Cricket in India (BCCI) officials for not implementing its earlier order allowing Bihar to play national level cricket tournaments, including the Ranji trophy matches.

The bench, which also comprised Justices A M Khanwilakr and D Y Chandrachud, considered the submissions of the BCCI, Committee of Administrators (COA) and senior advocate Gopal Subramanium, who is assisting as amicus curiae, that Bihar would take part in national level tournaments in the cricketing season commencing from September.

The bench said a draft constitution would be approved by it, which would be binding on the BCCI. However, it clarified that its order on petitions seeking recall of the 2016 verdict would deal with the validity of the draft constitution.

It asked state cricket bodies and BCCI office-bearers to give their suggestions with regard to the draft constitution to the amicus curiae before May 11, the next date of hearing.

The bench also directed Maharashtra Cricket Association, represented by Additional Solicitor General Tushar Mehta, to postpone its tomorrow’s election till the next date.

The COA had in October last year filed a draft constitution of the BCCI incorporating suggestions of the Justice R M Lodha panel on reforms in the cash-rich cricket body.

The top court had said the draft constitution should include the suggestions of the Lodha committee in its entirety so that a holistic document can be placed before it for a final decision. It had approved the Lodha panel’s recommendations like ‘one state, one vote’, ‘one member, one post’ and fixing a 70-year age-cap on those occupying BCCI posts.

The Cricket Association of Bihar (CAB) had on April 20 this year moved the apex court seeking initiation of contempt proceedings against some office-bearers of BCCI for not complying with its order allowing Bihar to participate in Ranji Trophy and other national championships. 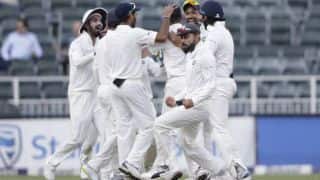 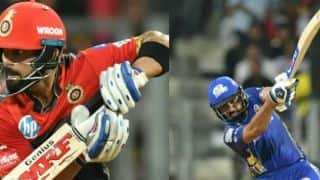