While there has been no confirmation from the BCCI on Indian team selection for the West Indies series, PTI has reported that the board is likely to pick the squad for the two-match Test series starting October 4.

While there has been no confirmation from the BCCI on Indian team selection for the West Indies series, PTI has reported that the board is likely to pick the squad for the two-match Test series starting October 4.

However, the announcement for the same could be withheld till the conclusion of the 2018 Asia Cup final to be held on September 28.

For some strange reason, the Indian cricket board did not issue a customary media advisory for the meeting in the capital, stated a PTI report.

Sources in the BCCI said that five-member committee may pick the side tomorrow but wait for an official announcement till the end of the Asia Cup final on September 28, the report further added.

The possible reason for delaying the announcement could be owing to the injuries to Ishant Sharma (ankle) and Ravichandran Ashwin (groin), both of whom have opted out of the ongoing Vijay Hazare Trophy 2018-19. BCCI could possibly be waiting for the duo s fitness reports before naming the squad.

Shikhar Dhawan s selection, who failed to register a single fifty plus score in four matches in England, will reportedly be the main focus. Mumbai opener Prithvi Shaw is putting in solid performances for his state team in the Vijay Hazare Trophy, staking his claim not only in the Test squad, but in the playing XI as well.

KL Rahul, after his 149 at the Oval, has more or less sealed one of the opener’s slot. Murali Vijay, who was dropped after the first three Tests against England, is back in form scoring three fifties and a hundred for Essex in the 2018 County Championship and presents a strong case for a recall, not just for the West Indies series, but also for the following Australia tour.

Rishabh Pant is a certainty to be the first-choice wicketkeeper. Whether Dinesh Karthik will be persisted with the squad is another bone of contention. The selectors may make a left choice pick in Andhra s Srikar Bharat, who had a decent India A series against South Africa A and Australia A, as the second choice keeper. Bharat is widely regarded as the best wicketkeeper currently in the Indian domestic circuit, after Wriddhiman Saha – who is out for a lengthy period owing to a shoulder surgery he underwent last month.

Virat Kohli will be back leading the side with Cheteshwar Pujara and Ajinkya Rahane likely to retain their places. Hanuma Vihari and Karun Nair will be the back-up middle-order option.

Ashwin’s hip injury and Ishant’s dodgy ankle are two worrying areas for the selectors. Ravindra Jadeja and Kuldeep Yadav are two sure shot picks in the squad. In case Ashwin misses out, Vihari’s part-time off-spin is one option and in the next line of spinners, the choice is between Krishnappa Gowtham and Jayant Yadav Shahbaz Nadeem despite his brilliant form will have a tough fight with Jadeja and Kuldeep already in the squad. 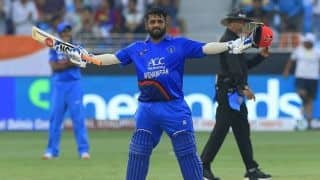