“We take confidence from the fact that we performed in knockout matches before, but I don’t think it (the 50-over final) counts for anything with the game tomorrow. It’s a different format, different team for India, different captain for them and things like that,” Knight said on the eve of the match.

In last year’s final at Lord’s, England batted first and give India a target of 229. Mithali Raj’s team in response, started well, but from 3 for 191, endured a dramatic collapse to lose the next seven wickets for 28 runs and get bowled out for 219. Anya Shrubsole finished with 6 for 46 to be named Player of the Match.

“It’s all going to be about tomorrow. We know T20 cricket, it’s whoever turns up on the day It’s about us going out and putting on a really strong performance, showing the good things that we’ve done,” Knight added.

Knight also said her side has noted and worked on how they intend on scoring runs against India’s effective spin attack. “India have been very effective taking pace off the ball. So we’ll also look to that and how we’re going to go about playing it and how we are going to have our method to score runs,” she said. 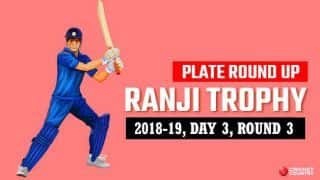