Dravid and Rahul share the same name, hail from the same state and are even acing the wicketkeeper's duties. Why won't people be drawing comparisons? 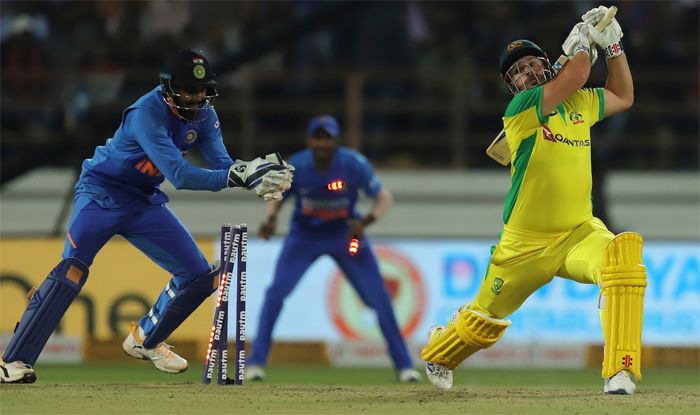 When KL Rahul walked out wearing the wicketkeeper’s gloves, you couldn’t help but notice shades of former India batsman Rahul Dravid in him. In the mid-2000s, Dravid, under Sourav Ganguly’s captaincy, learned to fit multiple roles by playing as a middle-order batsman and also kept wickets, including the high-profile World Cup and unforgettable tours such as that of Pakistan in 2004.

Like Dravid, Rahul is learning to get accustomed to a somewhat similar role. Rahul is the perennial floater of this current Indian team. He will open, bat at 3, or 4 when asked to and has more often than not ensured the move paid off well. On Friday, with India battling to save the series, Rahul pummelled 80 from batting at No. 5 and later returned to keep wickets in the absence of Rishabh Pant.

His 80 lifted India from a precarious spot which saw them lose the wickets of Shreyas Iyer, Virat Kohli and Manish Pandey in quick succession. In the last five overs, Rahul helped India score 53 runs before affecting a clean stumping to dismiss Australia opener Aaron Finch and completing two catches.

Dravid and Rahul share the same name, hail from the same state and are even acing the wicketkeeper’s duties. Why won’t people be drawing comparisons?

“It’s great to be compared with someone like him,” Rahul said after the match. “I had this comparison for a long time when growing up and playing as well. The names he’s Rahul Dravid and I’m Rahul so the comparisons always been there and he’s someone I have spent a lot of time with talking about cricket, talking about batting and he’s coming from the same state as well (Karnataka).

“I have the opportunity to go to him or give him a call and talk to him about batting or anything about cricket. So he’s been more than welcome.”

Virat Kohli said this is the best Rahul has batted, and there are hardly any reasons to prove him wrong. In his last three international games, Rahul has batted at an opener, at No. 3 and No. 5, and scored 54, 47 and 80 respectively.

“I couldn’t have asked for a better start. Each day I’ve been thrown a different role or responsibility and I’m enjoying it for now,” said Rahul in the post-match presentation ceremony. “Obviously it’s a different position. The only plan I had was to give myself a couple of balls. Having had a chat with Virat (Kohli), he said the ball is coming on nicely.

“Once I get a couple of balls out of the middle of the bat, it’s all about bat and ball. All the other things in your mind fade away. I’m very happy with the way I got a few partnerships going today.” Zimbabwe's First Home Test in Three Years Has To Be Enjoyed: Regis Chakabva 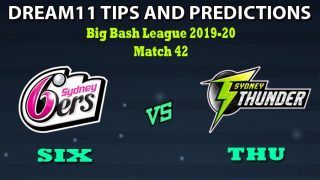