During the Women's World Cup extra innings, Mithali had even revealed that she would love to go on a date with Shah Rukh Khan as she loves the way he speaks.

The reports said, He met Mithali and informed her about the reason for coming late. He also helped her prep for her speech that she was going to deliver on stage and ensured she was comfortable. Only after that they started the shoot. The theme for the first episode was called Changing relationships .

Last year, when England were busy thrashing Sri Lanka in the 2-match Test series, Joe Root was seen posing with open arms after taking a catch during the series. Mithali noticed the photo and went on to her Instagram account mischievously praising Joe Root for posing like Shah Rukh Khan, who is known for the iconic pose.

Came across this pic and was wondering,has he aped SRK to the t? Nevertheless he made an honest try..I give him that

During the World Cup, Mithali had even revealed that she would love to go on a date with Shah Rukh Khan as she loves the way he speaks. 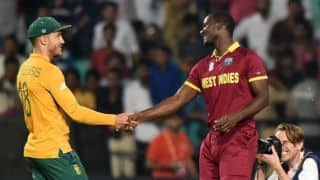 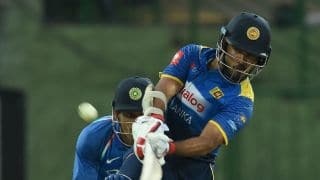 India vs Sri Lanka, 2nd ODI: Milinda Siriwardana 58 steers hosts to 236 for 8 amidst Jasprit Bumrah 4-for