Shahadat Hossain remained banned from all forms of the game by the BCB during the investigation into the alleged criminal offence.

Dhaka: A Bangladesh court Sunday acquitted cricketer Shahadat Hossain and his wife on charges of torturing an 11-year-old girl whom he employed as a maid, a prosecutor said. Police in 2015 charged the 30-year-old fast bowler and his wife Nritto Shahadat with assault and torture after the young girl was found crying by the roadside with her eyes bruised and swollen. “The couple have been released as the prosecution failed to prove them guilty,” prosecutor Ali Asgar from the women and children repression prevention tribunal told AFP. The couple pleaded not guilty to the charges which were brought after the girl lodged complainst against them. BCB lift ban on Shahadat Hossain

The cricketer spent two months in custody after surrendering to police in October last year, and his wife was arrested. Hossain was later released on bail, as was his wife. But he remained banned from all forms of the game by the Bangladesh Cricket Board during the investigation into the alleged criminal offence, which drew huge media interest. In May the authorities allowed Hossain to play domestic cricket due to “humanitarian considerations” until his case was settled, clearing the way for his appearance in the lucrative Bangladesh Premier League. But the fast bowler has not been picked by any BPL side for the current season.

Before his ban Hossain played 38 Tests for Bangladesh, bagging 72 wickets, and 51 one-day internationals in which he took 47. “The truth has won,” he said after the verdict. Asked whether he hopes to return to the national team, he told AFP: “I still have something to give to my country.” 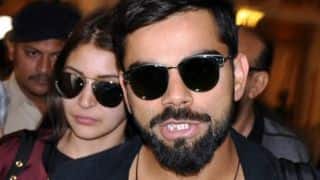