Shahadat Hossain was granted bail Tuesday after being detained over allegations of beating a child maid, a prosecution lawyer said.

Dhaka: Bangladesh Test cricketer Shahadat Hossain was granted bail Tuesday after being detained over allegations of beating a child maid, a prosecution lawyer said. The country’s court bailed Shahadat until March 31 but deputy attorney general Moniruzzaman Kabir said his office was preparing to lodge an appeal to the supreme court. “The High Court has accepted Shahadat’s bail plea today after it was earlier rejected by the lower court,” Kabir, the representative of the alleged 11-year-old victim, told AFP. Shahadat, who has played 38 Tests for Bangladesh, has been in custody since October 5 when he handed himself into police, a day after his wife Nritto Shahadat was arrested in the same case. She was granted bail last week. Shahadat Hossain back in police custody following three-day remand over maid assault

Both face charges of assaulting a child and employing a minor. The couple went into hiding after police raided their house in September as their maid was found crying on a street in the capital Dhaka. The child has told police and local media that the couple beat and tortured her, while television footage showed her looking frail and thin with swollen black eyes. Police have said one of her hands had been burnt with a hot cooking paddle, while other injury marks were also found on her body. Shahadat Hossain to be grilled by Bangladeshi police

Earlier, espncricinfo reported that Shahadat was put back in jail after he had completed his three-day remad over the assualt of his home maid. Magistrate of Dhaka Metropolitan, Kazi Kamrul Islam denied the fast bowler a bail following Mirpur model police station’s officer in charge and probe officer, Shafiqur Rahman had appealed for the bowlers confinement during the case investigation. Shahadat had sought bail after he was arrested on October 5 before surrendering himself in front of a court in Dhaka, as his wife too was arrested the day before from her father’s home. Shahadat Hossain jailed after surrender in court over allegations of beating 11-year-old maid 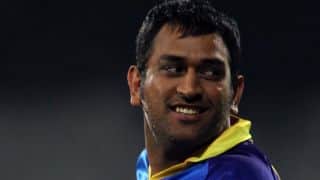