The 20-year-old pacer also made it clear that for him Tests were the real challenge as a bowler and he wanted to leave a mark in the coming series in England.

Talented fast bowler Shaheen Shah Afridi has already sets his sight on becoming a successful Test bowler like Wasim Akram and Waqar Younis, who have achieved great things for Pakistan in the past. The young Afridi aims to emulate the greatness of legendar Pakistan duo and expressed his desire to become a successful Test bowler them .He also hoped to well against England in red-ball cricket in Pakistan’s tour of England later this year.

“I have been focusing more on doing well in Test cricket because then only you are regarded as a fine bowler like Waqar bhai and Wasim bhai,” he said during a media interaction.

“They picked up so many wickets in the Tests. I am also aiming at doing the same and keep on performing for my team.”

The 20-year-old Shaheen has so far featured in eight Tests and picked up 30 wickets at an average of 28. His numbers in limited-overs cricket include 40 wickets in 19 ODIs and 16 in 12 T20Is.

Speaking about the upcoming Test series in England, Shaheen said Pakistan will have no problems competing behind closed doors as they are used to playing their home matches before empty stadiums in the UAE.

Pakistan are scheduled to play three Tests and as many T20Is in a bio-secure environment in England amid the COVID-19 pandemic.

“So the atmosphere should not affect us and we aim to entertain the people watching the live matches at home.”

The first of three-match Test series is slated to get underway from July 30 with the final match concluding on August 24 while the three-T20I series will run from August 29 to September 2. However, the England and Wales Cricket Board (ECB) are yet to finalise the dates.

Shaheen said England has been a happy hunting ground for Pakistan and they have done well in the last two Test series and also won the Champions Trophy. “England is always a challenging tour specially the Test matches but the good thing is we tend to enjoy playing there and doing well,” he said.

The West Indies team is currently in England for next month’s three-Test series and Shaheen said Pakistan will keep a watch on how the tour goes as it will help them to chalk out their plans.

“We will see how they adapt to the new SOPs due to the Covid-19 and we will then accordingly make our plans,” he said.

The 20-year-old, who has played just eight Tests, 19 ODIs and 12 T20 internationals, didn’t think the young bowlers in the touring squad would face problems adjusting to the English conditions.

“Yes it is true myself, Naseem and the other youngsters have not played much Test cricket but we have Muhammad Abbas, Wahab Riaz, Imran Khan and Sohail Khan in the squad who are experienced plus we have one of the greats as our bowling coach in Waqar Younis. So we will adjust accordingly,” he said.

Celebrations after taking a wicket will not be the same in the wake of the pandemic and Shaheen said it would be a different experience and “this is something which we have to get used to”.

“… the main thing is that after staying home for more than two months and playing no cricket we are going to play cricket at last. That is the main thing for us,” he said.

The youngster also felt that the Pakistan squad now had a very strong and experienced management and support staff and the players would learn a lot from coaches like Misbah, Waqar, Younis and Mushtaq Ahmed. 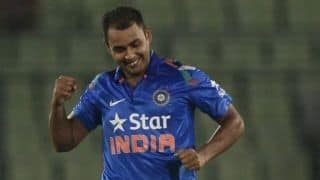 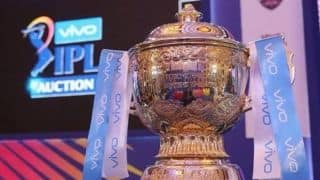