The Board of Control for Cricket in India earned Rs 48,390 crore after selling IPL media rights for the 2023-2027 cycle in the recently concluded auction.

New Delhi: The Board of Control for Cricket in India (BCCI) earned Rs 48,390 crore after selling the Indian Premier League (IPL) media rights for the 2023-2027 cycle in the recently concluded auction. The bids clearly showed India’s influence in world cricket and now former Pakistani all-rounder Shahid Afridi has also acknowledged it.

After the auction, Jay Shah confirmed that the IPL will have a two-and-a-half-month window in ICC’s next Future Tours Programme (FTP) cycle which will heavily affect the international cricket as well as the Pakistan FTP schedule.

Shahid Afridi has also shared his opinion about BCCI’s plans in a recent interview with Pakistan TV channel SAMAA TV. He said that India is dominant enough to extend the time frame of the league and eventually everything comes down to the market and the economy.

“It all comes down to the market and the economy. The biggest [cricket] market is India. Whatever they will say will happen,” said Shahid Afridi.

Pakistani players do not play in the IPL due to various political differences between the nations. 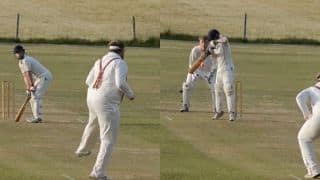