Shahid Afridi could be recalled for ODI series against South Africa

Shahid Afridi could be recalled for ODI series against South Africa

Former Pakistan captain Shahid Afridi is likely to be recalled to the one-day squad for the forthcoming series against South Africa after a string of batting failures in the Test series. 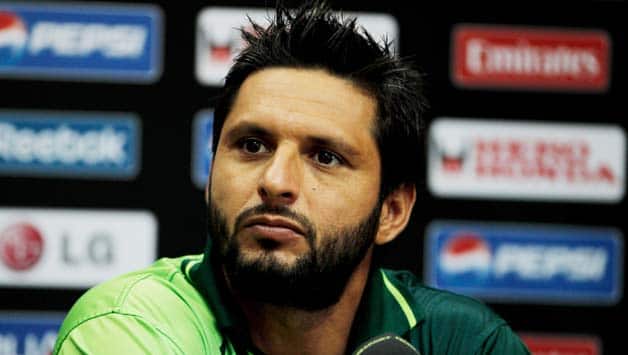 Former Pakistan captain Shahid Afridi is likely to be recalled to the one-day squad for the forthcoming series against South Africa after a string of batting failures in the Test series.

Sources close to the national selection committee said that Afridi, who was dropped for the one-day series in India after playing in just two T20 matches, would be picked for the entire limited over series in South Africa.

“Pakistan plays the T20 matches first and than five one-day internationals. Afridi is likely to be picked in both squads,” one source told PTI.

Afridi, who has played 349 ODIs, has recently shown some good form in the Pakistan A series with Afghanistan.

The source said that the national selectors would be making plenty of changes for the limited over series after the test squad’s failure in South Africa.

“The selectors will be selecting Umar Akmal, Kamran Akmal, Ahmed Shahzad, Afridi, Wahab Riaz, Shoaib Malik and Aizaz Cheema (if Junaid Khan does not recover from an injury), Umar Amin and Zulfiqar Babar for the limited over series,” the source disclosed.

He said the selectors were also disappointed with the performance of the Test squad and some of the decisions taken by the team management/tour selection committee in South Africa.

“If Junaid who is unfit right now is okay, he, Mohammad Irfan and Ehsan Adil will be retained for the one-day series as well but there is a debate going on sending back Umar Gul, Rahat Ali and Tanvir Ahmed from South Africa after the test series,” the source said.

Rahat and Tanvir were flown to South Africa as reinforcements before the first Test on the request of the team management.

Rahat played in the first Test and went wicketless while Tanvir played the second Test and picked up only one wicket.

The source said there was no chance of a comeback for experienced allrounder, Abdul Razzaq as he was not playing domestic cricket.

“The selectors are developing a clear consensus that they need to send some dashing and aggressive players to South Africa as it has been noticed that the Test players were pretty shaken against the South Africans even psychologically,” he said. 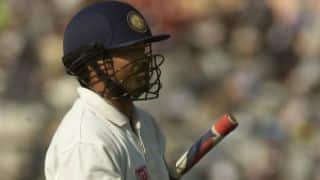