Afridi took to Twitter, a day after security forces in Kashmir killed 12 terrorists, and said "innocents" were being shot down.

A day after Shahid Afridi termed the conditions in Kashmir as “appalling and worrisome” and called for United Nation’s intervention to stop the “bloodshed”, senior Congress leader Rajeev Shukla on Wednesday said his allegations were unfounded as the former Pakistan cricket lacked the understanding of the situation in Kashmir.

“There is no significance of Shahid Afridi’s statement. He has no knowledge about it. I don’t think he is aware of the exact situation that is happening in Kashmir,” said, Shukla, who is also a Board of Control for Cricket in India (BCCI) official.

Yesterday, Afridi took to Twitter, a day after security forces in Kashmir killed 12 terrorists, and said “innocents” were being shot down in Kashmir.

“Appalling and worrisome situation ongoing in the Indian Occupied Kashmir.Innocents being shot down by oppressive regime to clamp voice of self determination & independence. Wonder where is the @UN & other international bodies and why aren’t they making efforts to stop this bloodshed?” the controversial cricketer had tweeted.

Shukla further said that rather than criticising India, Afridi should have condemned his own government for sending terrorists into Kashmir.

He also raised the issue of agitations in Pakistan-occupied Kashmir.

“What is happening there, people are agitating there. They are deprived of food. They are living very miserable life. So, you should talk about your own country.

At least 12 terrorists and three soldiers were among 20 people killed in three separate encounters that broke out in the Kashmir Valley on Sunday. As many as 25 others were injured in the encounters. 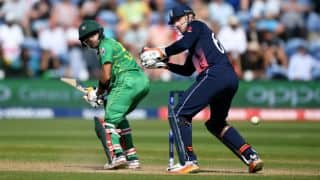 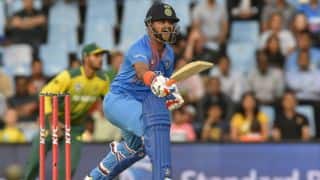