Virat Kohli has been going through a lean patch and has not scored a century since 2019.

New Delhi: Former India skipper Virat Kohli is arguably the greatest batter the game has seen in the last decade. Kohli’s numbers are just incredible and a few good years will set him up to go past the legendary Sachin Tendulkar’s record of most runs and centuries.

However, the last couple of years has been a struggle for Virat Kohli. The veteran batter has not scored a century and his career has been on a steady downtrend. Many experts have raised their concerns about the extended lean patch of Virat Kohli. The latest to join the bandwagon is former Pakistan skipper Shahid Afridi, who has questioned Kohli’s attitude towards the game. Afridi said that Kohli thrived to be No. 1 when he was at his peak, but he needs to re-evaluate if he still has the same hunger to score runs or if he is just passing time.

“In cricket, attitude matters the most. That is what I talk about the most. Do you have the attitude towards cricket or not? That Kohli, earlier in his career, wanted to be the No. 1 batsman in the world is he still playing cricket with the same motivation? That is the big question. He has the class. But does he really even want to be No. 1 again? Or does he think he has achieved everything in life. Now just relax and pass time? It’s all about attitude,” Afridi said on Samaa TV.

Kohli’s lean patch has started to concern the Indian fans as well. The BCCI has rested Kohli from the ongoing T20I series against South Africa. Indian fans will be hoping that the break helps Virat Kohli refresh and he roars back to form on the England tour. 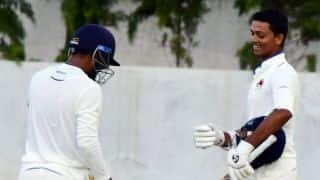 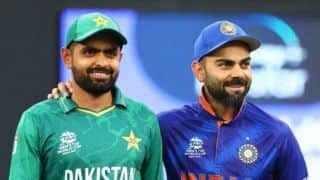