Pakistani all-rounder Shahid Afridi has been recalled for the ODI and T20 series against Pakistan, while Sohail Tanvir and former captain Shoaib Malik have been dumped. 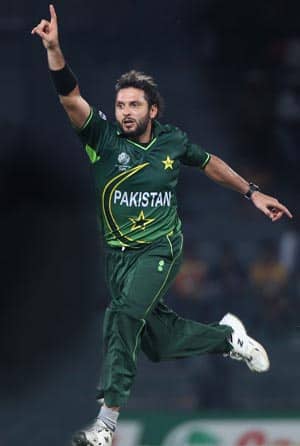 Talented Pakistani youngsters Azhar Ali and Asad Shafiq along with wicketkeeper Adnan Akmal were rewarded with separate berths in the one-day and T20 sides for the upcoming ODI and T20 series against England, after some fine performances in the Test series. However, Sohail Tanvir’s omission by the selectors came as a big surprise, as he is one of the regulars in the ODI team.

Pakistan s successful spin duo, Saeed Ajmal and Abdul Rehman were retained after their combined contribution of 42 wickets guided the team to a comprehensive whitewash of England in the Test series.

Also included in the side is Adnan, brother of former Pakistan wicketkeeper Kamran Akmal, who the selectors chose over ODI specialist Sarfaraz Ahmed.

Shoaib Malik, Pakistan s former captain has been ignored owing to his poor run of form, while Shahid Afridi makes a grand comeback to the ODI as well as the T20 side, along with all-rounder Hammad Azam who returns to the international circuit on the basis of some good domestic performances. (PTI)

Pakistan are playing as a unit under Misbah, says Javed Miandad