Pakistan all-rounder Shahid Afridi said he was saddened by the recent spot-fixing controversy to hit Indian cricket and cannot understand why some players are lured into corrupt practices. 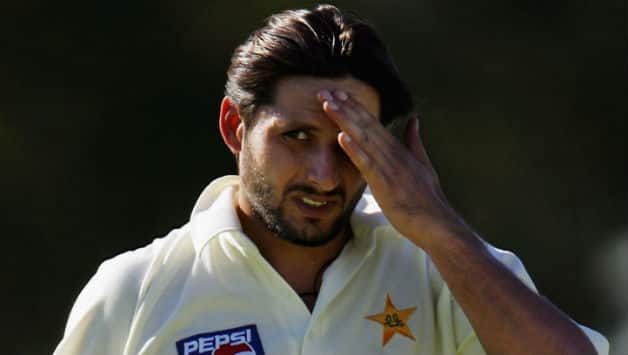 Shahid Afridi has been snubbed for the forthcoming Champions Trophy, but still retained his central contract with the PCB in the top most category and will be paid higher than many other player on the team © Getty Images

Pakistan all-rounder Shahid Afridi said he was saddened by the recent spot-fixing controversy to hit Indian cricket and cannot understand why some players are lured into corrupt practices.

“I just don’t understand why these players have to resort to illegal means to earn money when there is already good money to be earned by playing cricket honestly and with 100 per cent commitment and dedication,” Afridi told a news channel.

The former captain said he was saddened by the recent IPL spot-fixing controversy which led to the arrest of three players.

“It is sad to see fellow players come to this stage that they are sent to jails. Because there is so much cricket these days everywhere they are so many professional T20 cricket leagues which pay good money to players,” he noted.

A TV channel on Thursday reported that Afridi played a key role in bringing to the notice of the International Cricket Council anti-corruption unit, the illegal activities of the banned trio of Salman Butt, Mohammad Asif and Mohammad Amir on the tour to England in 2010.

Apparently Afridi provided enough material to the ICC and also informed the PCB about the shady activities of the three players who are presently serving minimum five year bans from the sport.

The former captain was dropped for the Champions Trophy because of poor form but has been retained in category A of the new central contracts given by the Board this month to select players.

Afridi interestingly believed he didn’t deserve to be in the top category given his ordinary performance in recent months.

“Frankly speaking, the way I have performed in the last few months, I don’t think I deserve to be given the A category I would be more comfortable and justified in Category B,” he said.