Former Pakistan players feel the all-rounder should take over from Misbah-ul-Haq.

Former cricketers said on Sunday that they fear Pakistan‘s one-day defeat in Sri Lanka will hurt preparations for the ICC World Cup 2015, which is only five months away. Pakistan were beaten by seven wickets in the third and final One-Day International (ODI) against Sri Lanka in Dambulla on Saturday after being bowled for a mere 102, losing the three-match series 2-1. They also lost the preceding two-match Test series 2-0.

Rameez Raja, who took the catch that won Pakistan the 1992 World Cup, criticised preparations for next year’s tournament. “I don’t think team’s preparations for the World Cup are in the right direction,” the former skipper said. “We need to find new talent if we want to succeed. “It seems our batsmen have forgotten how to stay at the wicket and no one has consistency in his performance.”

Former captain Rashid Latif said the one-day defeat would hurt World Cup preparations. “The Pakistan cricket board relied on old players for the last two years in their preparations for the World Cup and they simply don’t trust young players — and that’s why our (performance) graph is going down with every series,” he told AFP.

Latif said he feared Misbah-ul Haq, appointed captain until the World Cup, would come under pressure. “I think Misbah’s future is in doubt. He didn’t perform in seven innings of the tour and his captaincy was defensive,” said Latif of the one-day and Test captain. Misbah managed just 67 in two Tests and as many runs in three one-day matches.

Pakistan next play a T20 international, two Tests and three ODIs against Australia in the United Arab Emirates (UAE) in October, before taking on New Zealand in three Tests, five one-dayers and two T20s. “Maybe Shahid Afridi will replace Misbah as one-day captain,” said Latif, who thought four to five players may be changed for the next series.

Another former captain, Mohammad Yousuf, also criticised Misbah’s captaincy. “If the captaincy remained with Misbah you can’t expect improvement in results,” said Yousuf. “He has been the captain for four years and has not been able to find a proper combination. I think it is imperative we have Afridi as captain who is aggressive and can lead in a better way.” 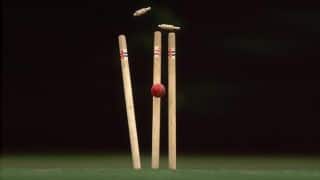 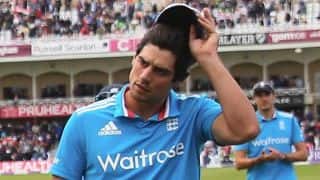