Shahryar Khan said he would request ICC to set up special fund for Pakistan cricket to compensate for the heavy revenue losses.

Karachi: The PCB chairman Shahryar Khan today said he would request the ICC to set up a special fund for Pakistan cricket to compensate for the heavy revenue losses it bears due to the absence of international cricket in the country. With no international cricket team touring Pakistan since March 2009 when militants attacked the Sri Lankan team in Lahore, Shahryar said the Pakistan Cricket Board had suffered losses in millions of dollars of revenues. “We want to use this special fund to develop and promote cricket in Pakistan,” Shahryar, who is scheduled to represent Pakistan at the annual ICC meetings from June 27 in Edinburgh, told PTI prior to his departure for London “We will request the International Cricket Council and member countries to put aside a small percentage of its income from ICC events for this special fund for Pakistan cricket,” he added. LIVE CRICKET SCORECARD: England Women vs Pakistan Women 2016, 1st ODI at Leicester

Forced to organise its “home” series at neutral venues, mainly the United Arab Emirates, the PCB said that UAE was not proving very cost effective for them. In order to save money, the PCB wanted to hold its “home” series against the West Indies later this year in Sri Lanka, but it did not work out as the Island nation gets heavy rains at most of their main venues during the scheduled series in September-October. “When we play a series in UAE the costs are high and generation of revenues not good enough for us. As a result we are losing revenues annually and that eats into our funds set aside for development purposes and for our affiliated regional associations,” said Shahryar. Shahryar Khan: PCB will not support 4-day Test cricket

He said that due to financial issues Pakistan was unable to arrange regular bilateral series for its under-19 and A teams and this was affecting development of players. Pakistan also doesn’t have hosting rights for any ICC event until 2023 due to the security situation in the country. The PCB chief, a former career diplomat, admitted that until the security situation improved in the country, it would not be in a position to convince any board to send its team or even host any ICC team or event.

“The security situation throughout the world is not stable but things are improving in Pakistan. But it is very difficult to say for certainty when we can host international teams at home. We don’t want to take decisions in haste and regret it later,” said Shahryar. 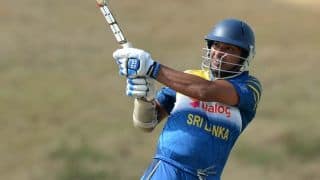