Shahryar Khan will seek to convince Bangladesh and Sri Lanka to support the two-tier system for Test cricket proposed by the ICC.

Karachi: PCB chief Shahryar Khan will use a meeting of the Asian Cricket Council (ACC) in Colombo to bring relations with Bangladesh and Sri Lanka back on track and get their support for return of international cricket to Pakistan. Shahryar on Saturday flew out to Colombo, where he will chair the ACC meeting, and PCB insiders told PTI he will seek to convince Bangladesh and Sri Lanka to support the two-tier system for Test cricket proposed by the International Cricket Council (ICC). “The PCB got a shock after reading the statement by the media spokesman of the Bangladesh Cricket Board that they had turned down an invitation to play a couple of T20 matches in Pakistan this year because of security concerns,” a reliable PCB source said. IND vs PAK: No communication between cricket boards, says Shahryar

The Bangladesh board has said that its security experts who visited Lahore for the PSL final were not satisfied with the situation in Pakistan. “Shaharyar will discuss in detail the security situation in Pakistan with both boards and try to convince them to support Pakistan cricket at this time,” the source said. “There is a feeling in the PCB that perhaps more needs to be done to streamline relations with the Bangladesh and Sri Lankan boards, especially keeping in mind several contentious issues and proposals that will come up for voting at the next ICC meeting,” he said.

Earlier, Shahrya said that their Indian counterpart has so far not contacted them regarding the holding of any bilateral series between two sides. The 83-year-old s comments came following speculations that the Board of Control for Cricket in India (BCCI) is seeking permission from the Indian government to play a series against Pakistan on a neutral venue. 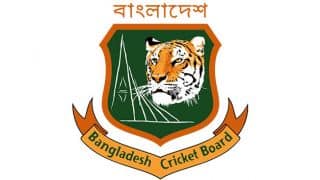