Bangladesh s all-rounder Shakib Al Hasan becomes the nation s third player to cross the 3,000 Test mark. Shakib playing for Bangladesh in the first Test against New Zealand at Basin Reserve in Wellington achieved this landmark when he went on the score of 71 runs. There have been only two other Bangladesh batsmen who have reached this landmark in Tests; Tamim Iqbal and Habibul Bashar. Tamim leads the charts with 3,405 runs while Habibul comes a second with 3,026 runs. Shakib at time of this news was on 3,013 runs. Shakib who made his Test debut in 2007 against India has so far played 45 Test matches for Bangladesh.

Earlier in the ODI leg of the tour Shakib went past Mashrafe Mortaza to become Bangladesh s leading wicket-taker in ODIs. Shakib now has 218 wickets in 164 ODIs at 27.87 and an economy of 4.34. Skipper Mortaza, on the other hand, took 215 scalps from 165 ODIs at 30 and economy rate of 4.69. 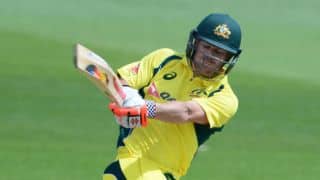 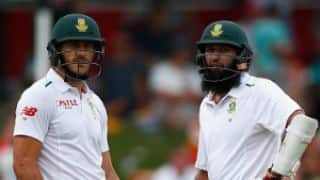