Injured Bangladesh allrounder Shakib Al Hasan has requested for a No Objection Certificate (NOC) from the Bangladesh Cricket Board (BCB) for playing in the UAE T20x, starting December 23.

Injured Bangladesh allrounder Shakib Al Hasan has requested for a No Objection Certificate (NOC) from the Bangladesh Cricket Board (BCB) for playing in the UAE T20x, starting December 23.

Shakib is currently undergoing rehabilitation after aggravating a finger injury due to an infection during last month’s Asia Cup. However, a BCB official stated that the board is yet to decide on granting Shakib s request.

“He [Shakib] has applied for the NOC for the T20 tournament, but a decision is yet to be made,” Jalal Yunus, BCB’s media committee chairman told ESPN Cricinfo. “It will be taken in a day or two.”

The 31-year-old hurt his left little finger during the one-day international series against Sri Lanka in January and missed the subsequent Test and Twenty20 series. He returned to the team for the Nidahas Trophy in Sri Lanka in March and has continued playing since then.

He wanted to have a surgery before the Asia Cup for a complete recovery from the injury, but the BCB insisted on playing him in the key tournament.

The all-rounder played the team s first four matches of the Asia scoring 49 runs and picking up seven wickets. But, but was forced to sit out of the crucial Super Four match against Pakistan and subsequently, the final against India.

Shakib underwent an emergency operation on his finger on September 27 in Dhaka after it became affected by a bacterial infection. Doctors cleared a large amount of pus from his infected finger and advised him to undergo a second surgery once the infection has cleared.

Later on, Shakib said that his injured finger may never be cured 100 per cent and and the main focus for him is to cure the infection that had affected the finger and will have to undergo a second surgery.

Shakib has missed out of the ongoing series against Zimbabwe and if has to play in the following West Indies series at home, he will have to prove his fitness by mid-November. 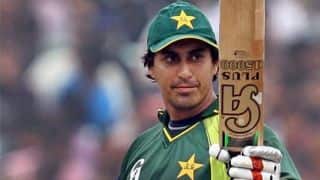