Bangladesh will clash against Sri Lanka in a 2-Test series starting January 31.

Shakib Al Hasan is back at helm of affairs in Tests for Bangladesh. He has been appointed as Bangladesh skipper for the upcoming 2-Test series against Sri Lanka, following Mushfiqur Rahim s resignation post South Africa tour. Apart from Shakib s appointment, the Bangladesh Cricket Board (BCB) also announced its squad for first Test against Sri Lanka starting January 31.

Shakib was earlier captain of the national side from July 2009 to August 2011, which saw him lead in nine Tests. Under-19 sensation, Naeem Hasan has received his maiden call up after a brilliant outing in ICC Under19 Cricket World Cup 2018.

Speaking about Bangladesh s Naeem s selection, Minhajul Abedin told cricbuzz, He is some kind of surprise package in our squad. We have been monitoring him since he has been playing age group cricket and believe he is quite ready for international cricket now considering the experience he gained in the first-class competition.”

Mosaddek Hossain too makes a return from injury, while Somya Sarkar has been dropped. The chief selector added, “He [Mossadek] regained his fitness and scoring runs as well since he started to participate in competitive cricket. His also played well during the Test series against Sri Lanka.”

The 2-Test series will be followed by a 2-T20Is series as well. 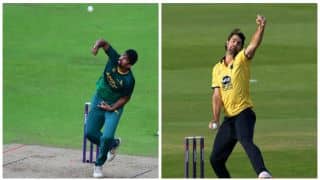 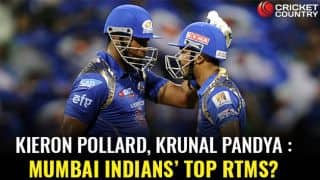