The Bangladesh bowler will stop playing international cricket if asked to

Bangladesh all rounder Shakib Al Hasan has threatened to quit international cricket if he is not allowed to participate in the Caribbean Premier League. Shakib made the threat after he was called back to the Bangladesh squad by coach Chandika Hathurusingha.

“I have received a letter in this regard. I don’t understand how he [Shakib] can say such a thing. I want to speak to them in person. If this is indeed true, nobody will be spared. There will be no compromise on discipline.”, Bangladesh Cricket Board president Nazmul Hasan told Prothom Alo.

Shakib Al Hasan has meanwhile tweeted asking everyone not to make any comments, and wait for him to return to Bangladesh.

I have been listening, watching and waiting. I would request you all not to make any comments before listening to both parties.

I’m on my way back to Bangladesh now. Will make myself clear once I get there in sha Allah. 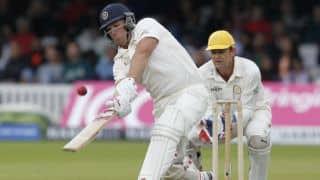